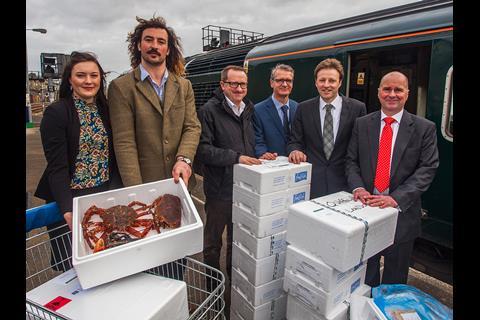 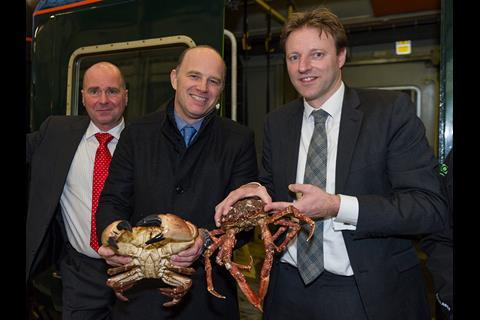 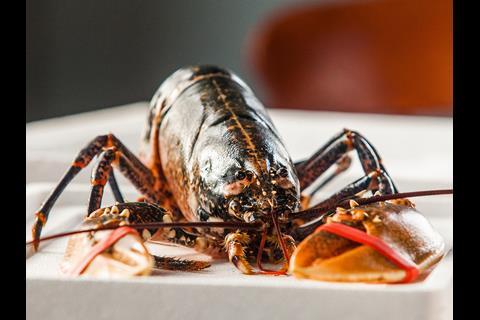 UK: A three-month trial of transporting live lobsters and other shellfish from Cornwall to restaurants in London in the guard's vans of High Speed Trains was launched on December 1.

The pilot project is being undertaken by InterCity RailFreight in partnership with Great Western Railway, WEGO Carbon Neutral Couriers and Cornish fishermen.

The shellfish will be packed into insulated crates and loaded onto the 17.39 departure from Penzance, arriving at London Paddington at 23.44 for collection and distribution to customers by WEGO. There are also plans to carry fresh flowers. ‘This really does provide a sustainable solution for restaurants to be able to serve the freshest, and very best of, Cornish produce’, said GWR Managing Director Mark Hopwood.

InterCity RailFreight began by carrying time-critical medical samples from Nottingham to laboratories in London using East Midlands Trains. It is now expanding to deliver other time and temperature sensitive consignments for ‘highly demanding customers’, including financial and legal documents and engineering components.

‘We have proven that using rail in this way can cut both costs and emissions by up to 60% while saving time’, said Jeff Screeton, Managing Director of InterCity RailFreight. ‘Having access to frequent high speed rail services opens up new markets for regional small and medium businesses and enables them to sustainably tap into the huge potential from e-commerce.’