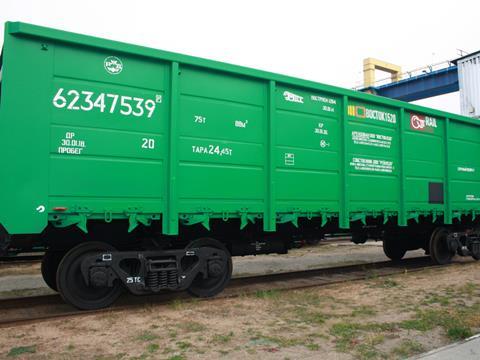 The 50 bottom-discharge open wagons of 75 tonne capacity have been delivered to Vostok1520 freight transport subsidiary of the UWC group, which will use them to carry coal from the Kuznetsk basin in southwest Siberia. MCW is to deliver a further 150 wagons by the end of the year, and has the capacity to produce up to 3 500 vehicles next year.