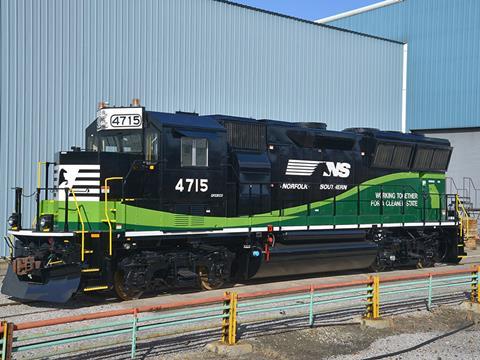 A total of 25 locomotives are being repowered with Tier 3 compliant EMD 12-710 ECO engines rated at 3 000hp, which are intended to offer lower emissions than existing older designs. The first two locomotives are to be deployed in Chicago and Atlanta following in-service testing.

Funding for the Chicago locomotive was awarded by the Chicago Metropolitan Agency, sponsored by Illinois Environmental Protection Agency and administered by the Illinois Department of Transportation.

Funding for the locomotive to be used at the Atlanta Terminal in Georgia was awarded by the state’s Department of Natural Resources Environmental Protection Division.