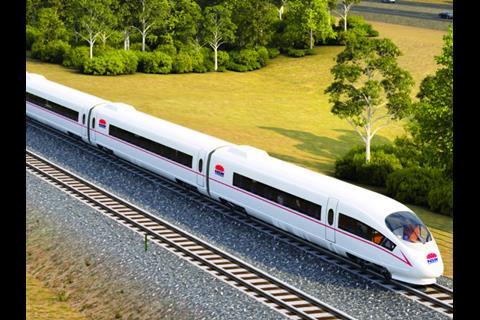 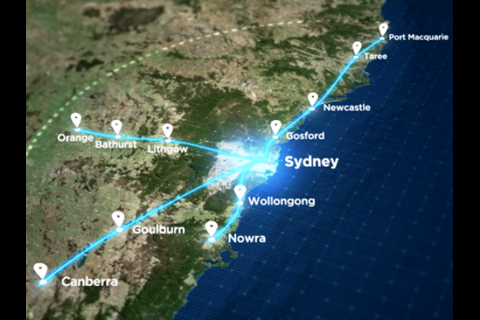 AUSTRALIA: The New South Wales state government has commissioned a study of four preferred corridors for high speed rail services, which it believes could transform travel patterns on regional routes radiating up to 300 km from Sydney.

Announcing the study on December 3, NSW Premier Gladys Berejiklian said ‘we know a fast rail network will transform NSW unlike any other project. We need to make it easier for people to consider moving to regional NSW, and there is no better way to do that than building a fast rail network.’ Work on the project would start ‘in the next term of government’, following state elections on March 23 2019.

The proposal is allied to the ‘20-Year Economic Vision for Regional NSW’, published by the state government in July. One of the key elements of that vision is to improve connectivity between regional centres, and to link cities with international gateways.

Transport for NSW has appointed former High Speed 2 Technical Director Prof Andrew McNaughton to investigate the four corridors, to confirm the most appropriate alignments, train speeds and station locations. The study will consider ‘faster rail’ and high speed options, both to identify the scope for immediate improvements and to feed into ‘long-term visionary planning’.

According to Transport Minister Andrew Constance, ‘in the immediate future, faster rail would see upgrades along existing rail alignments and provide services of at least 200 km/h, slashing journey times by one third. Ultimately, high speed rail would see the development of new alignments, providing speeds over 250 km/h, giving the potential to cut travel times by up to 75%’.

On the northern route serving Gosford, Newcastle and the Central Coast, the Sydney - Newcastle journey time could be cut from the current 2 h 35 min to 2 h with faster trains or 45 min with high speed rail. The southern corridor would link Sydney with Goulburn and Canberra, potentially bringing the journey time to the federal capital down from 4 h 7 min to 3 h or 1 h. A coastal route running south from Sydney would serve Wollongong and Nowra, while the western corridor would run through the Blue Mountains to serve Lithgow, Bathurst, Orange and Parkes.

Announcing that the study would be allocated A$4·6m from the state’s Snowy Hydro Fund, Deputy Premier and Minister for Regional NSW John Barilaro emphasised that ‘making regional travel faster, safer and easier brings huge economic potential to NSW regional towns and cities, by making it easier to invest, do business, build a lifestyle and visit our regional towns. We need to do the work to gauge what is possible and when.’