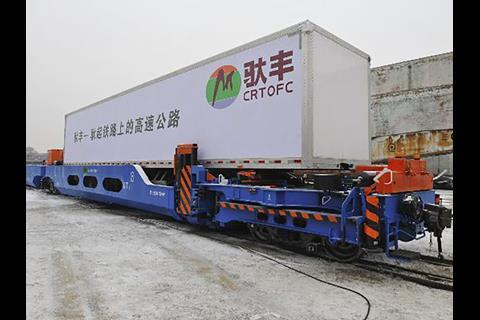 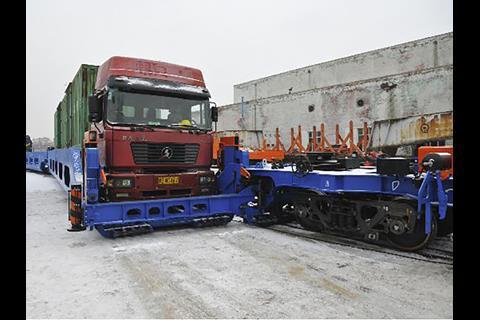 CHINA: China Railway Corp is testing prototype piggyback wagons which have been developed by CRRC Qiqihar in partnership with the China Academy of Railway Sciences and other bodies.

The manufacturer said that while piggyback operation is now common in North America and Europe, it is not used in China.

The wagons have a built-in mechanism to lift and rotate lorries and trailers for loading and unloading. This means that rakes of wagons would not need to be uncoupled, and also that minimal infrastructure is needed at the terminals. The developers hope this would enable services to be launched quickly and cheaply.