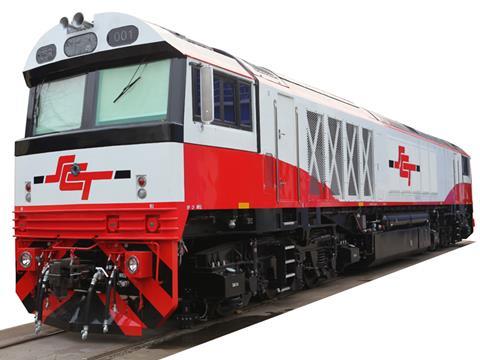 AUSTRALIA: Qube Logistics has ordered six diesel locomotives from Chinese supplier CSR Ziyang. The contract was signed in Sydney on January 31, with advance payment received by the manufacturer in February and delivery expected by the end of this year.

Qube has secured several new rail freight contracts, and expects to acquire further rolling stock during the second half of this year. The company acquired a total of eight locomotives and 100 wagons during 2012.

The latest order is CSR Ziyang's third locomotive contract from Australia. SCT Logistics ordered six SDA1 'Pandaroo' locomotives in September 2010, followed by a further four in March 2011. The first were delivered in February 2012 and by the end of last year had each covered more than 100 000 km, according to CSR Ziyang.

Bradken placed an order for two locomotives in 2011, and these are expected to enter service during March.