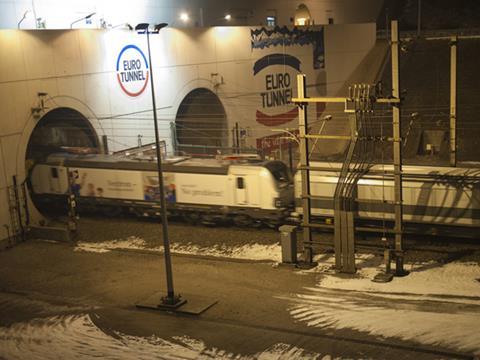 EUROPE: A Siemens Vectron AC electric locomotive was tested in the Channel Tunnel on the night of January 25-26.

The aim was to test compatibility with Channel Tunnel systems and safety rules, as Eurotunnel hopes that open-access freight operators will be able to use conventional TSI-compliant four-axle locomotives rather than the six-axle Class 92 locos purpose-built for Channel Tunnel operations.

The Vectron was in its standard configuration, although Siemens said the two German pantographs had been replaced with ones suitable for use in the tunnel. The locomotive entered the French portal at 22.42 and completed a series of traction, braking and pantograph tests with a 1 350 tonne train. The train left the Channel Tunnel at Folkestone before returning to France for a second phase of tests, which was completed around 06.00.

Siemens said the tests demonstrated that a standard TSI-compliant locomotive can operate services through the Channel Tunnel safely and reliably without the need for major modification, other than the installation of TVM cab signalling.

'The approval of new rolling stock is the vital counterpart to the open-access model put in place by Eurotunnel', said Michel Boudoussier, Deputy Chief Executive Officer of Groupe Eurotunnel.