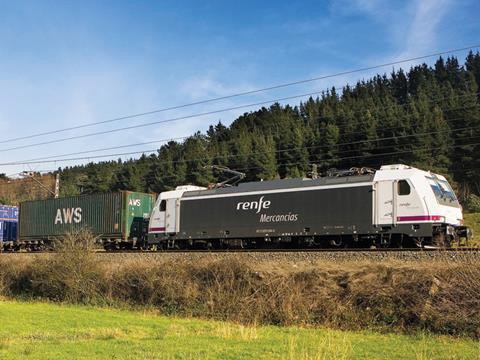 SPAIN: Unveiling on December 14 the government’s 2017-23 rail freight development plan, Development Minister Íñigo de la Serna announced that a ‘strategic partner’ is to be sought for RENFE’s freight business. This partner would hold up to 50% of a new company to be established in 2019, focused on continuing recent growth and increasing activity outside Spain.

According to the Ministry of Development, the eventual partner could be a rail freight operator, logistics company or shipping line, which would enable the new joint venture to offer its clients a global logistics service. Tenders are to be called for a contract to assist with the development of further restructuring at RENFE Mercancías, including advice on strategic, financial and legal matters.

Under its 2017-19 management plan, RENFE Mercancías has increased traffic by 8∙06% in the first 10 months of 2017 compared to the year before, with revenue up 38∙7% over the same period. The downward trend in EBITDA has been reversed, increasing by 88∙8% with the result that the business has practically broken even, according to the ministry.

Alongside the sale of RENFE’s stakes in Transfesa and car transport company Semat, now underway, restructuring measures have included a reduction in the workforce, with 296 staff to be transferred to other businesses within the Spanish state operator. Reducing the size of the rolling stock fleet to match ‘the real needs of the business’ has seen 72 out of 329 locomotives identified for sale, together with 1 600 wagons.

Within a budget of €100m, tendering is to start next year for the supply of between 30 and 45 new freight locomotives, of which 15 would be bi-mode. According to the ministry, the new fleet would need to reflect the extension of 1 435 mm gauge within Spain, while being ‘compatible’ with the national standard of 1 668 mm, as well as an increase in electric freight operations at both 3 kV DC and 25 kV AC.

Other fundamental requirements would be a design combining high tractive effort with adhesion, speed and acceleration characteristics ‘meeting the commercial requirements of customers’. The new design should also be able to operate under different signalling systems and outside Spain, according to the ministry.