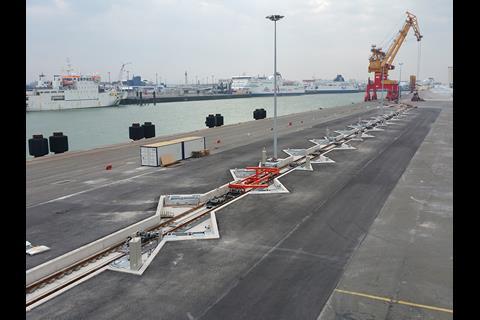 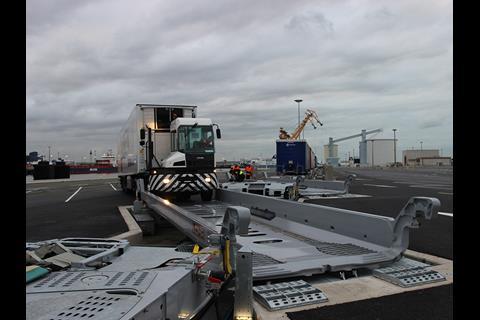 FRANCE: SNCF Logistics subsidiary VIIA has launched its VIIA Britanica unaccompanied lorry semi-trailer service between the Port of Calais and Le Boulou near the Spanish border, with the first southbound train departing at 02.00 on March 30.

Described as the longest ‘rail motorway’ in Europe, VIIA Britanica avoids a 1 200 km journey by road. There is a train six days per week, with a second train planned. Each train is 680 m long, with 20 of the latest generation of Modalohr wagons able to carry a total of 40 semi-trailers. An agreement with P&O Ferries offers integrated cross-Channel transport of unaccompanied semi-trailers by sea to Dover, providing a corridor between Spain, France and the UK.

The operator of the ports of Boulogne and Calais has invested €7m in the project, with EU support. SNCF Logistics hopes the trains will carry 40 000 trailers/year within five years, removing 50 million lorry-km from the roads and reducing CO2 emissions by 50 000 tonnes/year. The launch of the service had been planned for January 12, but was delayed owing to safety concerns raised by the migrant situation in Calais.

VIIA's other rail motorway services have linked Aiton in southeast France with Orbassano near Torino in Italy since 2003, and Bettembourg in Luxembourg with Le Boulou since 2007.