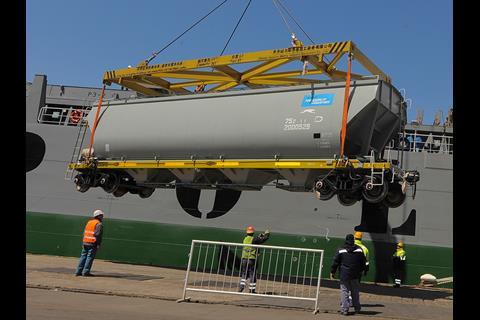 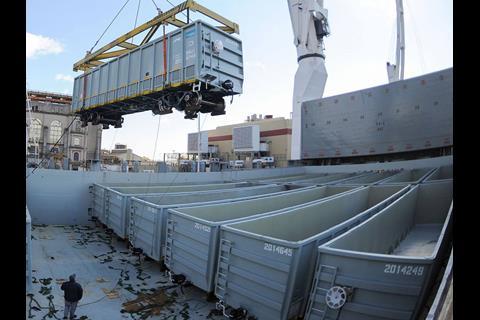 ARGENTINA: Minister of the Interior & Transport Florencio Randazzo visited the Port of Buenos Aires on October 16 to inspect the first shipment of 150 wagons to arrive from China, financed by a US$2⋅47bn loan that is being used to fund 3 500 new wagons, 100 diesel locomotives and the upgrade of 3 000 km of track.

The initial batch comprised hoppers for grain transport, as well as wagons that will carry coal for state-owned oil and natural resources company YPF to its plant at Ensenada near Buenos Aires.

According to Marcelo Bosch, President of state-owned freight operator Belgrano Cargas y Logística, rolling stock deliveries from China are due to be completed in June 2016. The programme to revive Argentina’s rail freight network also involved the refurbishment of a further 2 500 wagons in domestic workshops, he added.