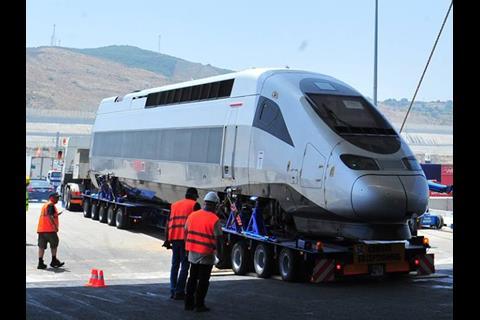 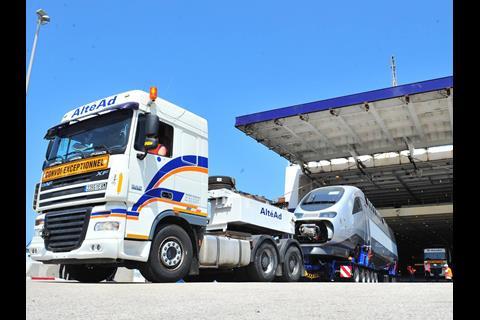 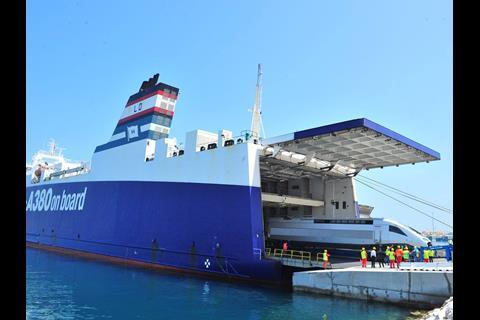 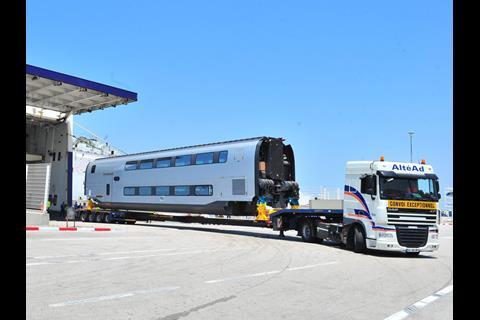 MOROCCO: The first of 12 Alstom Duplex high speed trainsets for national railway ONCF was unloaded at the Port of Tanger on June 29. It had been shipped from the Port of La Pallice near La Rochelle in France onboard Ville de Bordeaux, a roll-on roll-off vessel custom-built to carry Airbus A380 aircraft sections.

The double-deck trainsets are based on the TGV Duplex design that has been in service with French national operator SNCF since 1996, but adapted for local operating conditions.

They are to be used on Tanger – Casablanca services, using a 320 km route including a 183 km high speed line between Tanger and Kénitra which is being built for operation at up to 320 km/h. From Kénitra to Casablanca the services will use a conventional line upgraded for speeds up to 220 km/h.

Opening of the new line was planned for December 2015 when construction was launched by King Mohammed VI and French President Nicolas Sarkozy in September 2011, but delays to the infrastructure works mean this has now been put back to 2017.

The rolling stock contract worth almost €400m was signed by ONCF and Alstom in December 2010. The trainsets are to be maintained by Société Marocaine de Maintenance des Rames à Grande Vitesse, a 60:40 joint venture of ONCF and SNCF under a separate 15-year deal worth €175m.