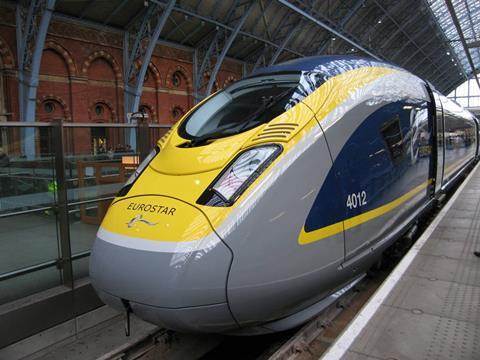 EUROPE: Cross-Channel high speed train operator Eurostar plans to run a test train between London and Amsterdam next month as part of the detailed planning for the launch of passenger services on the route in late 2017, CEO Nicolas Petrovic told Railway Gazette on April 25.

Detailed discussions are underway with the relevant Dutch organisations regarding the planned service. Petrovic would not commit to a precise date for the launch of revenue services, saying too many factors were outside the operator's control.

Petrovic said border formalities would be undertaken before passengers board UK-bound trains, as with the services from Paris and Brussels. As a result passengers would not be required to disembark in Lille for border checks, as currently happens on services from the south of France to the UK. The exact details still need to be worked out, but Petrovic said all parties involved are very supportive of the project, with a willingness to see it happen.

Petrovic said a service between London, Rotterdam and Amsterdam Centraal is particularly attractive to Eurostar because it is expected to be well used in both directions, with a strong business travel market and many Dutch passengers heading for the UK as well as outbound UK passengers.

Other new routes under consideration by Eurostar include a through London – Bordeaux service, which would take advantage of the opening of LGV Sud Europe Atlantique in July 2017. This route would be more focused on leisure travel than the Amsterdam service.

In 2014 Eurostar began promoting travel from the UK to Genève via a change to a TGV Lyria service at Lille Europe, but this was not as successful as had been hoped. The journey time of more than 6 h and the need to change trains were thought to be unattractive.

Eurostar said a route to Germany had often been discussed but is not currently under consideration, partly because it would be more technically complex. Its current focus is therefore on Amsterdam.