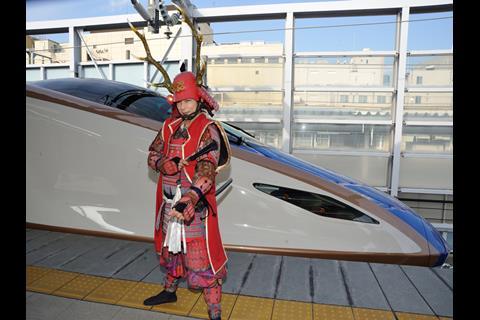 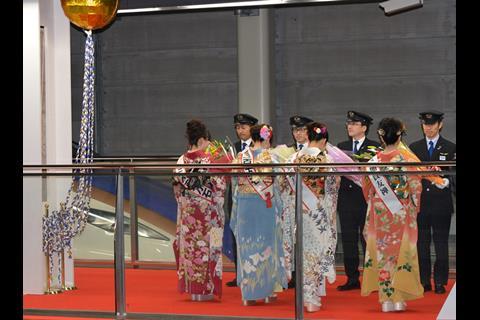 JAPAN: The 228 km Hokuriku Shinkansen high speed line between Nagano, Toyama and Kanazawa opened on March 14. The opening has reduced the fastest journey between Tokyo and Kanazawa to 2 h 28 min, compared to the previous time of 4 h 20 min via the 1 067 mm gauge Shinetsu Main Line.

Under construction since 1992, the line descends from Nagano through the mountainous region to reach the west coast of Honshu. There are several major tunnels, of which the longest is the Iiyama tunnel at 22 251 m, and snow countermeasures to accommodate the region’s harsh winters. The line turns west towards Toyama and Kanazawa, serving six intermediate stations. The mountainous landscape means the maximum speed is 260 km/h.

JR East and JR West operate four levels of service using a combined fleet of 27 dual-system Series E7 and W7 12-car trainsets. The fastest trains are the 10 daily Kagayaki (Brightness) services calling at four or five stations. Slower Hakutaka trains call at all stations, and 18 Tsurugi trains each way provide a Toyama – Kanazawa shuttle. The trainsets have LED lighting, electrical-movable seats in Gran and Green class, at-seat power sockets and western-style toilets with heated seats. The livery is ivory and sky blue, with a copper stripe to symbolise traditional crafts.

In 2012 work began on a further extension of the line to Fukui and Tsuruga, which is expected to open around 2020.