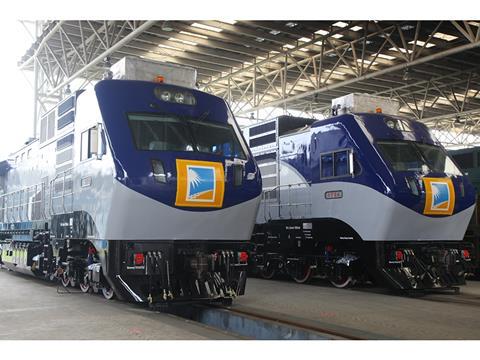 SAUDI ARABIA: CRRC’s Qishuyan factory has rolled out the first two of eight Type SDD17 diesel locomotives ordered by Saudi Railways Organization. They are due to be delivered during August.

SRO placed the firm order for the locomotives in December 2014, following the successful operation of two locomotives which CSR Qishuyan supplied in 2011 for use on the Dammam – Riyadh corridor.

The single-cab Co-Co locomotives are customised to cope with sand and high temperatures, and are suitable for both freight and passenger operation. Powered by a 12V280ZJ engine and equipped with AC-DC transmission, the SDD17 has nominal rating of 2 070 kW and a maximum speed of 100 km/h. Axleload is tonnes.