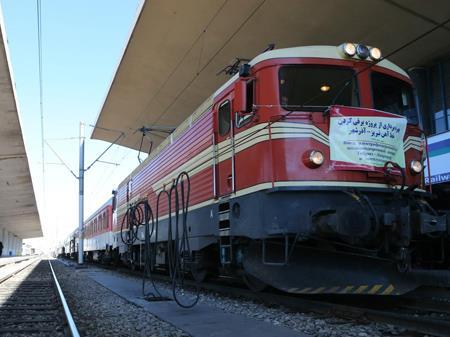 IRAN: Electrification equipment on the 46 km route between Tabriz and Azarshahr was formally inaugurated with a ceremony on October 13. Guests included Vladimir Yakunin, President of Russian Railways which undertook the €8·85m project in partnership with local subcontractor Sazeh Novin Tabriz.

The primary aim of electrifying the five-station single-track route at 25 kV 50 Hz is to improve services for students travelling to the university at Azarshahr.

Contracts were signed by RZD's Zarubezhstroytechnology subsidiary in March 2008, and work began in February 2009. Design speed is 140 km/h.

'This is the first joint project between Russia and Iran in the railway sector, and hopefully will be the starting point of the rapid development of co-operation between our railway organisations', said Yakunin.

Iranian national railway RAI said that although the route was short, it was intended as the first stage of a 4 000 km electrification plan. This includes the 926 km Tehran - Mashhad main line, the 380 km Gorgan route and the 630 km Bafgh - Bandar Abbas line.