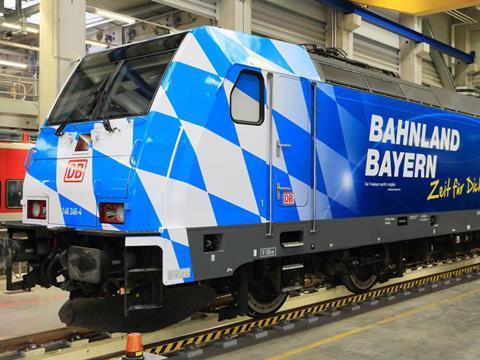 GERMANY: Deutsche Bahn’s station management business unit DB Station&Service has signed the first of a planned series of framework agreements with the Länder for the development of new stations. Intended to boost ridership on the rail network, these stations would be located in residential and commercial areas and near traffic generators such as universities, shopping centres and hospitals.

The first agreement was signed with Bayern on March 2 and sets out a framework for the construction of 20 stations in locations including Aschaffenburg, Hof and Bad Reichenhall. The €40m cost is to be shared equally between DB and the Land, with DB carrying the risk of construction cost overruns and the Land responsible for the revenue risk. The Land said that while the federal government had overall responsibility for stations, local funding would speed up implementation.

The sites for the stations have been selected on the basis of profitability, with the projected additional revenue generated required to exceed the investment required. The stations must be fully accessible, and have a minimum service of at least one train an hour.

Additional sites in Bayern are being considered for a second tranche of stations to be completed by 2021.