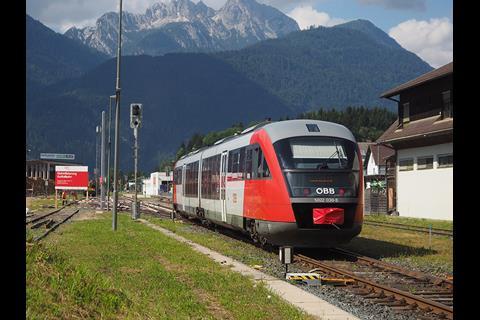 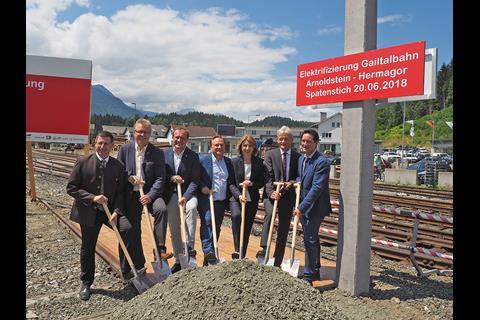 AUSTRIA: Work to modernise and electrify the 31 km Gailtalbahn between Arnoldstein and Hermagor in Kärnten has begun, with completion planned for December 2019.

Services on the route will be replaced by buses between July 9 and November 11 this year, and from July 8 to December 14 2019.

The scope of the work includes 15 kV 16·7 Hz electrification, station modernisation, provision of park-and-ride facilities and equipping 20 crossings with the barriers.

The €61m cost is being met by the federal Ministry for Transport, Innovation and Technology, the Land and ÖBB.

The route forms the eastern section of the former Arnoldstein – Kötschach-Mauthen line, which was closed beyond Hermagor on December 10 2016.

The Land government envisages that all remaining lines in Kärnten will be electrified by 2025.