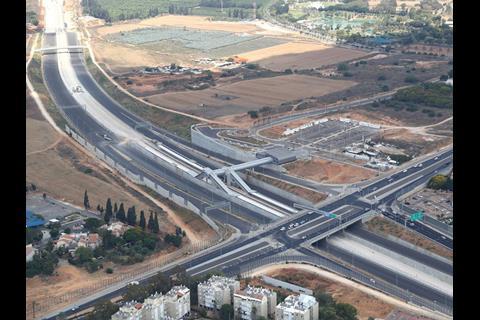 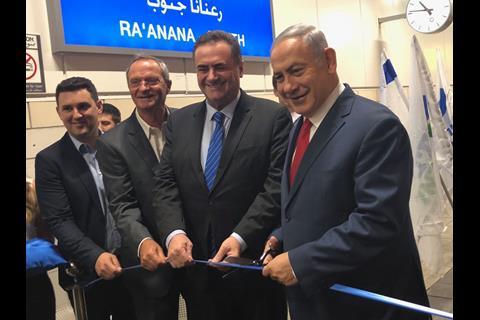 ISRAEL: The Ha-Sharon Railway extension running west from the interim terminus at Hod Ha-Sharon/Sokolov station to the new Ra’anana South and Ra’anana West stations opened to passengers with the introduction of national operator ISR’s summer timetable on July 3.

Guests including Prime Minister Benjamin Netanyahu and Transport Minister Israel Katz travelled on the line as part of an official inauguration ceremony held the previous day.

The extension has been built in the median of Highway 531 as part of a combined rail and road construction project. It includes a 1·8 km tunnel with slab track which passes beneath the junction of the east – west Highway 531 and north – south Highway 4. This includes Ra’anana South station which is at a depth of 14 m and adjacent to a technology business complex. The line emerges to run along the median of Highway 531, with Ra’anana West station having a footbridge linking the platforms with the main building.

The journey time from the Ra’anana stations to Tel-Aviv via Kfar Sava is around 40 min, which although relatively slow is faster than other modes at peak times.

A further extension of the line westwards to a triangular junction with the north–south coastal line is under construction. This will complete a circular route and reduce the distance from Ra’anana to Tel-Aviv, providing a journey time of 20 min which is expected to be attractive to commuters.