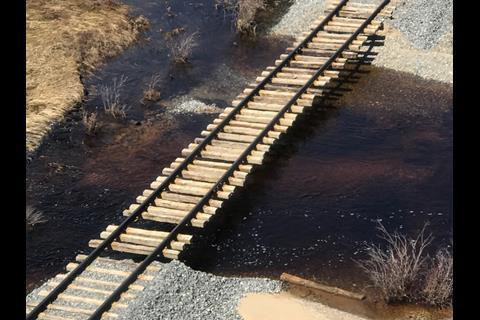 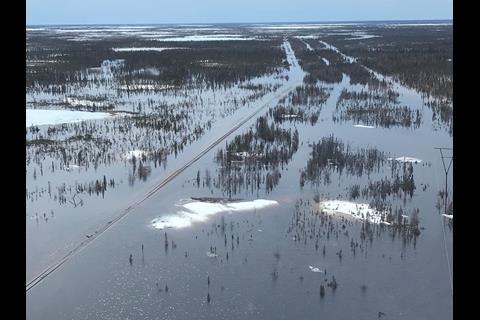 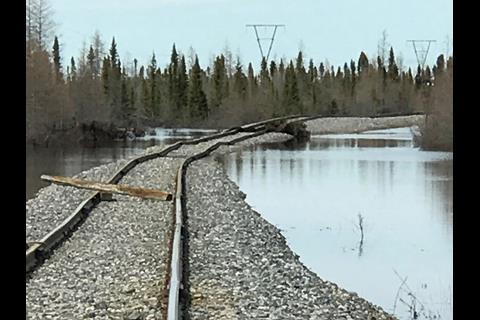 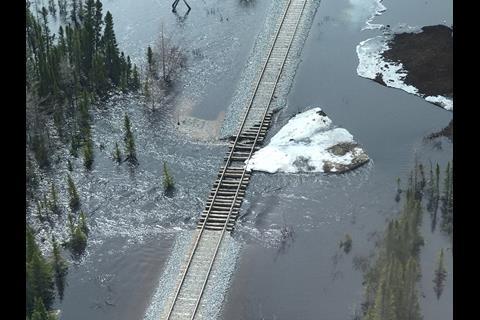 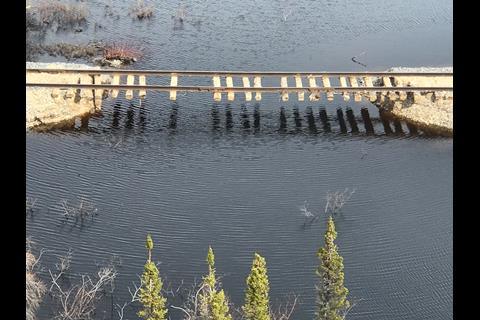 CANADA: Hudson Bay Railway services between Amery, 47 km northeast of Gillam, and Churchill have been suspended indefinitely owing to ‘unprecedented and catastrophic’ flood damage and are not expected to resume before the winter season, parent company OmniTRAX announced on June 9.

HBR has been unable to operate to Churchill since May 23. A preliminary assessment by an independent engineering firm found that that the track bed had been washed away in 19 locations, with five bridges visibly damaged and 30 bridges and 600 culverts requiring further assessment.

National passenger operator VIA Rail said its services would continue to operate between Winnipeg and Gillam, but no alternative transport would be provided for the 300 km from Gillam to Churchill.

‘While the Hudson Bay Railway requires significant seasonal maintenance, the extent of the damage created by flooding this year is by far the worst we have ever seen’, said OmniTRAX Chief Commercial Officer Peter Touesnard. ‘It will be several weeks before we have a final report of the damage to the line, but we do not expect to be operational before the winter, and are concerned that the future of the track is in jeopardy.’

OmniTRAX had announced an indefinite service suspension ‘so communities served by the railway can develop long-term plans for the movement of the supplies and resources they need’, said Touesnard.

OmniTRAX said it had been in ‘constant contact’ with Transport Canada and provincial authorities, and was also in regular contact with the Missinippi Rail consortium which has signed a memorandum of understanding for the potential acquisition of the Port of Churchill and the railway for a reported C$20m.