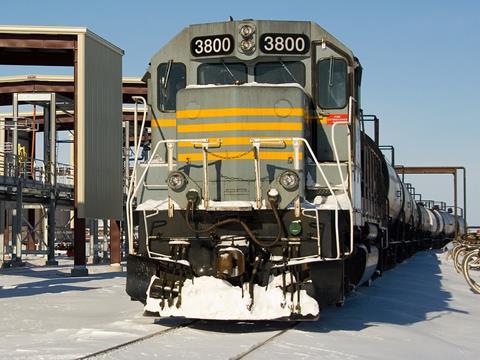 USA: Iowa Northern Railway has awarded Wabtec a contract to provide integrated I-ETMS Positive Train Control, LDRS-V digital video recording and data transfer and analytics capabilities across its entire locomotive fleet by late 2020. The order announced on July 10 is the first such contract won by Wabtec since its merger with GE Transportation.

‘Iowa Northern Railway Co is preparing to deliver PTC operations for two Class I railroads under a stringent timeline’, said the railway’s general manager William L Magee. ‘Having a one-stop-shop for the various components of PTC implementation is an important factor for us and Wabtec has delivered with a turnkey installation and operating plan provided under one roof.’

Iowa Northern Railway Co was formed in 1984. Its 400 km route runs northwest to southeast through the state from Manly to Cedar Rapids, with branches to Oelwein, Forest City and Belmond. It interchanges with Class I operators Canadian National, Canadian Pacific and Union Pacific. It handles more than 60 000 wagons per year, with traffic including grain, fertiliser, farm machinery, food, chemicals and lumber.