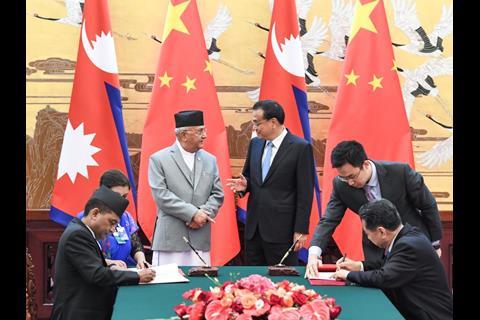 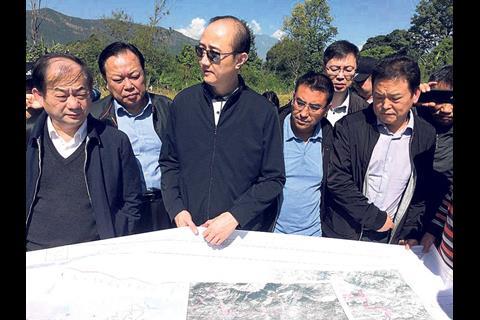 ASIA: Construction of a trans-Himalayan rail link connecting China and Nepal is expected to be completed within seven years, following the signing of a memorandum of understanding between the two countries on June 21.

No fewer than 14 separate co-operation agreements were signed during a visit to Beijing by Nepalese Prime Minister KP Sharma Oli, with Chinese President Xi Jinping emphasising that he was keen to enhance cross-border connectivity. A joint statement said the two countries had agreed ‘to intensify implementation of the MoU on co-operation under the Belt & Road Initiative to enhance connectivity, encompassing such vital components as ports, roads, railways, aviation and communications within the overarching framework of trans-Himalayan Multi-Dimensional Connectivity Network’.

The Lhasa – Xigase railway in Tibet which opened in 2014 is currently being extended westwards, and a 540 km section as far as the Kyirong free trade zone is expected to open in 2020. According to China’s Deputy Foreign Minister Kong Xuanyou, the 150 km cross-border link would run south from Kyirong to Kathmandu via the existing border crossing at Rasuwagadhi, 75 km north of the Nepalese capital.

A field study last November, led by National Railway Administration Deputy Administrator Jhang Lee Yang, had found that the project was ‘technically feasible’, according to Madhusudan Adhikari from Nepal’s Ministry of Physical Infrastructure & Transport. The cost was provisionally estimated at Rs275bn.

An agreement to undertake a detailed feasibility study was signed in Beijing at the end of April by Foreign Minister Pradeep Gyawali. Following the signing of the MoU on June 21, Gyawali told the Kathmandu Post that the detailed planning report for the Kyirong – Kathmandu line should be completed in 18 months, adding that construction was expected to take around five years after that.

China is already providing technical assistance to Nepal’s Department of Railways to assist with feasibility studies for nine lines within the country totalling 945 route-km. These include a 287 km east-west trunk route linking Kathmandu with Pokhara via Galchhi and a second line diverging from this route at Muglin to serve Chormara, Nawalparasi, Bardhaghat, Lumbini and Butwal, close to the Indian border.