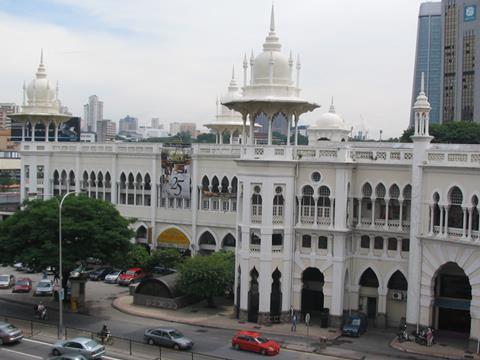 ASIA: An agreement to build a high speed railway between Kuala Lumpur and Singapore is included in the joint statement issued by the Prime Ministers of Malaysia and Singapore following their annual retreat on February 19.

The Joint Ministerial Committee has been tasked with looking into 'the details and modalities' of a high speed link between the cities, which are around 300 km apart. No cost estimates were given.

Singapore's Lee Hsien Loong and his Malaysian counterpart Najib Razak said the high speed line would be 'a strategic development in bilateral relations that will dramatically improve the connectivity' between the countries. 'It will usher in a new era of strong growth, prosperity, and opportunities for both countries', according to the statement. 'It will facilitate seamless travel between Kuala Lumpur and Singapore, enhance business linkages, and bring the peoples of Malaysia and Singapore closer together. Ultimately, this project will give both countries greater stakes in each other's prosperity and success.'

KTMB trains currently take between 6 h and 7 h to cover the 374 km metre-gauge route between Kuala Lumpur Sentral and the Woodlands border crossing. Services through to Singapore's Tanjung Pagar station were withdrawn in June 2011.