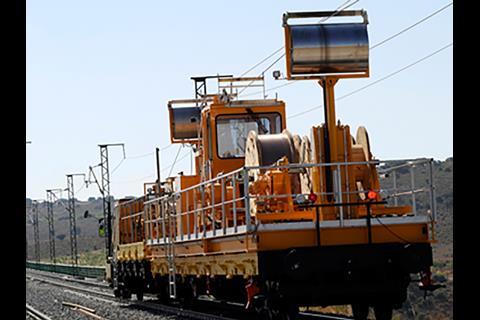 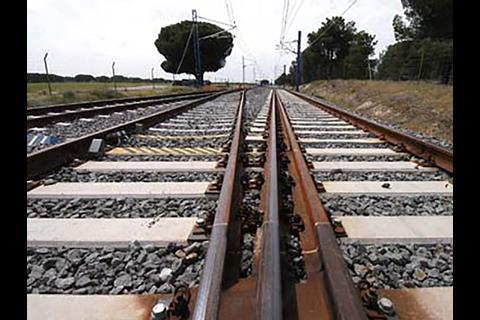 SPAIN: Infrastructure authority ADIF has awarded a further four contracts under the project to provide 1 435 mm gauge between the French border at Irún and Hernani, where services will be able to join the Y-shaped high speed network connecting Bilbao, San Sebastián and Vitoria. The contracts are worth a total of €45⋅2m.

A joint venture of Electrén and Elecnor Infraestructuras has been awarded a €5⋅9m contract to renew and modify overhead electrification equipment between Irún and Hernani, excluding the Irún and San Sebastián station areas. Work is due to take 24 months to complete.

The track layout at Irún is being remodelled as part of the project, where modifications to the overhead electrification equipment will be undertaken by Cobra Instalaciones y Servicios under a separate contract worth €6⋅7m. The timescale for the completion of this work is also 24 months.

Including maintenance over 20 years, resignalling between Irún and Hernani is the subject of two separate contracts. Work on the route excluding Irún is to be undertaken by a joint venture of CAF Signalling and Siemens Rail Automation for €16⋅1m. Thales España is to resignal the Irún station area for €16⋅45m.

Resignalling will include upgrading interlockings and signalboxes at Hernani, San Sebastián, Pasajes, Lezo-Rentería and Irún. Track circuits are to be replaced and balises for the ASFA train protection system installed to accommodate both 1 435 mm and 1 668 mm gauge services.