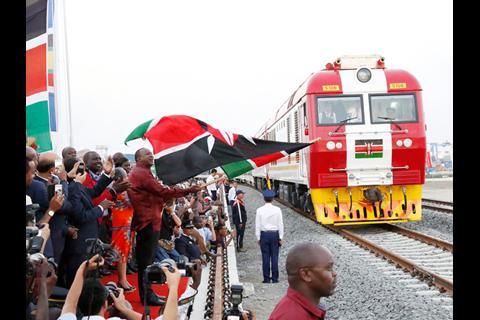 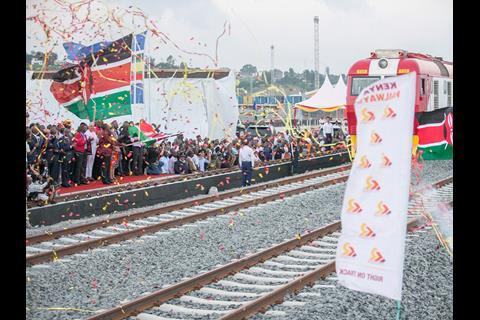 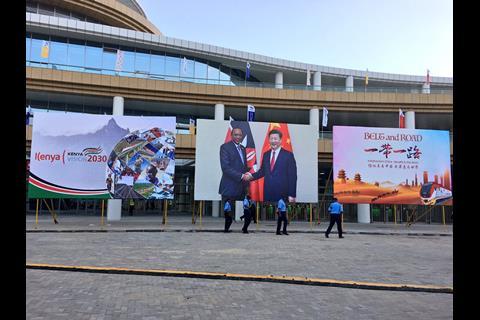 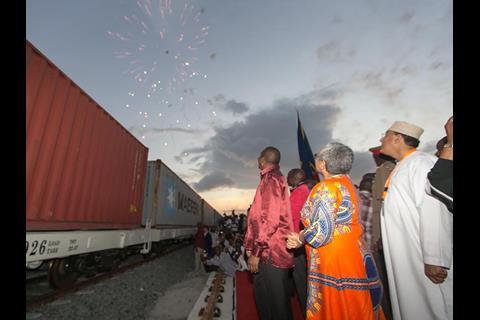 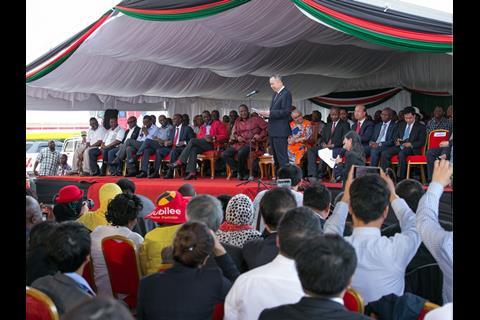 KENYA: President Uhuru Kenyatta officially opened the 472 km Standard Gauge Railway between the Indian Ocean port of Mombasa and Nairobi on May 31, travelling on the inaugural Madaraka Express passenger service. The previous evening he had launched an inaugural freight train from Port Reitz in Mombasa, waving a giant flag as choirs performed patriotic songs.

Kenyatta said the SGR would attract investment by bringing down freight and passenger transport costs. ‘The foundations we lay today will lead us to a new chapter of industrialisation’, he said, adding that the government would fast-track the establishment of special economic zones along the route.

Kenya Railway Corp said sending a 20 ft container between Mombasa and Nairobi would cost KSh50 000 by SGR, compared to KSh90 000 by road, and with the transit time cut from between 16 h and 24 h to a maximum of 8 h.

There will be two types of Madaraka Express passenger service, with the Intercity Train running non-stop from Mombasa to Nairobi and the County Train calling at the intermediate stations of Mariakani, Miasenyi, Voi, Mtito Andei, Kibwezi, Emali and Athi River.

China Eximbank met 90% of the US$3·6bn cost of SGR Phase 1, which has been built by China Road & Bridge Corp using Chinese equipment. A ground-breaking ceremony was held on November 28 2013, with main works formally starting in December 12 2014.

The 1 435 mm gauge line largely parallels the colonial-era 1 000 mm gauge Kenya–Uganda Railway. The new single-track line is built to Chinese ‘Class 1’ standards, designed for robustness and low maintenance, with 25 tonne axleloads and passenger trains operating at up to 140 km/h and freight trains at up to 80 km/h.

The route forms the first phase of a planned four-country network intended to provide high-capacity and cost-effective passenger and freight links between Kenya, Uganda, Rwanda and South Sudan.

Ceremonies in October 2016 marked the start of work by China Road & Bridge Corp on the 120 km Phase 2A from Nairobi to Naivasha. On February 2, ministers from Kenya and Uganda agreed synchronised 42-month timescales for the construction of Phase 2B from Naivasha to Kisumu, Phase 2C from Kisumu to the border at Malaba and the 273 km Uganda section to Kampala which is be built by China Harbour Engineering by mid-2020.