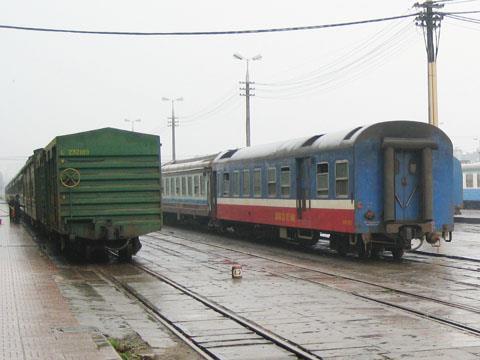 VIETNAM: A ceremony at Hanoi’s Yen Vien station on March 24 marked the start of a Chinese-backed resignalling programme covering Vietnam Railways’ routes to the border crossings at Lao Cai and Dong Dang.

Deputy Minister for Transport & Communications Le Manh Hung told assembled guests that the resignalling work would allow line speeds to be raised and safety standards enhanced. The programme, which is intended to be implemented in several phases at a total cost of up to US$50m, covers installation of modern interlockings, point machines and axle counters and a fixed telecoms network to support train control functions.

Around two-thirds of the funding is being provided from Chinese government loans. Lead contractor is Chung Hsing China ZTE, and the first phase of the work is due for completion by 2013 with the remainder, including resignalling of the branch of Hanoi to Thai Nguyen, to be finished by 2015.

The Vietnamese and Chinese governments have agreed a longer-term development partnership for the region entitled ‘two transport corridors, one economic belt’. This plan includes conversion of both cross-border lines to standard gauge with electrification and double-tracking.