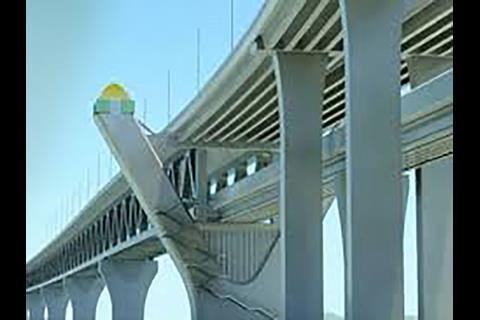 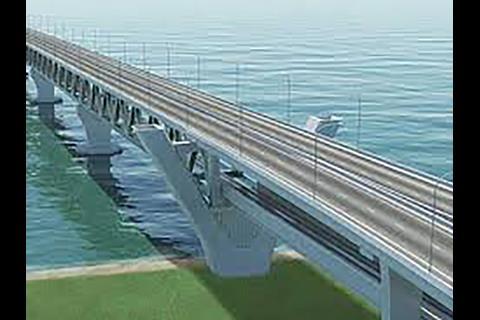 BANGLADESH: A US$3·14bn contract for the construction of the 225 km Padma Bridge Rail Link was signed by Bangladesh Railway and China Railway Group Ltd on August 8.

The new line is intended to form the future backbone of the rail network in the southwest of the country, providing a direct connection with the capital.

The contract covers civil works and railway systems for 168·6 km of new 1 676 mm gauge line. Starting in Dhaka, this will cross the River Padma on a 6·2 km road and rail bridge which now is under construction for opening in 2018. It will then run to Bhanga and Jessore, connecting with the existing Faridpur – Bhanga and Rajbari – Bhatiapara Ghat routes.

The single-track line is being designed for a maximum speed of 120 km/h. Construction is expected to take 54 months, with completion anticipated by June 30 2022.

Preparatory work has begun at the contractor’s own risk, as the US dollar-denominated contract will not come into force until the signing of Chinese government loan which is expected to cover around 90% of the cost of the project.