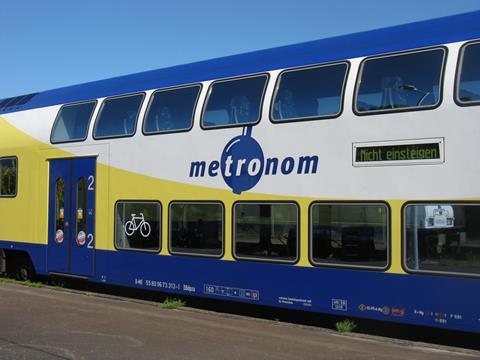 The Hamburg and Niedersachsen transport authorities have exercised an option to extend Metronom’s contract to operate Hamburg – Cuxhaven trains for a further two years until December 2017.

On June 28 CFL Multimodal launched a Bettembourg – Lyon freight service carrying containers, swap bodies and cranable semi-trailers. It will be increased from three to six trains/week later in the year. A service to Duisburg is also to be introduced.

The governments of Tanzania and Zambia have agreed to inject US$80m into Tazara over the next 12 months, with US$9·2m to cover two months of salary arrears and working capital to procure fuel and lubricants.

Argentina’s Ministry of the Interior & Transport has renamed state-owned freight operator Belgrano Cargas y Logística as Trenes Argentinos Cargas y Logística. Three divisions are responsible for the Belgrano, San Martín and Urquiza networks, the latter two having been taken over after the government revoked the operating concessions held by América Latina Logística SA.