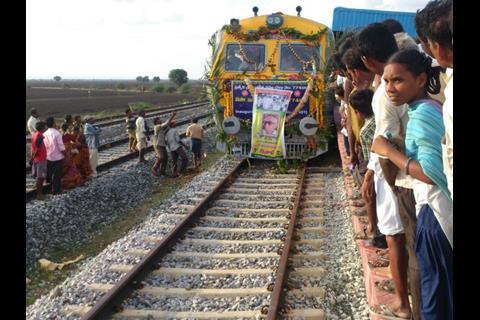 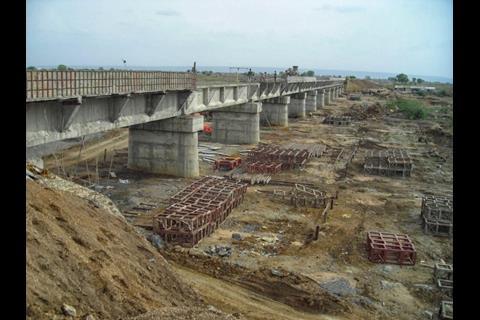 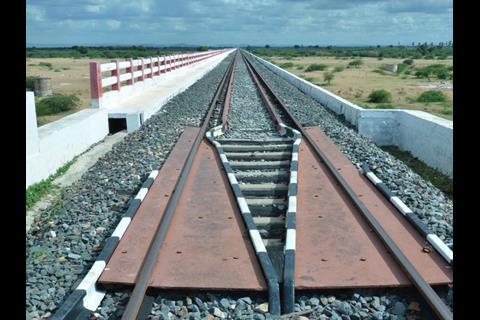 The first train was ‘flagged off’ by video link from the Railway Institute in Vijayawada during a ceremony attended by the state’s Chief Minister Chandrababu Naidu and the Union Minister for Urban Development Venkaiah Naidu.

Running south from Nandyal on the Vijayawada – Guntakal line to meet the Guntakal – Chennai route at Yerraguntla, the new line has eight stations at Madduru, Banaganapalli, Koilakuntla, Sanjanamala, Nossam, S Uppalapadu, Jammalamadugu and Prodduturu. These are served by two DEMUs in each direction per day calling at all stations between Nandyal and Kadapa.

Originally proposed in the 1970s, the line was seen as a way of stimulating economic development in the Rayalaseema region. Construction finally began in 1996, but the work progressed slowly. The 47&niddot;2 km section between Yerraguntla and Nossam was opened for freight traffic in October 2012, with the 45·3 km between Nossam and Banaganapalli following in January this year. Expected to cost Rs9 7bn, the line is now reported to have reached Rs19bn.

Chief Minister Naidu said that as well as providing passengers with link to the state capital Amaravathi, the line would facilitate exports of limestone, cement and granite from local factories. He hoped to sign an MoU with Prabhu shortly to fund further railway developments in the state, including three new lines valued at Rs187bn and double-tracking schemes requiring Rs230bn.

SCR General Manager Ravinder Gupta confirmed earlier this year that the 25 kV 50 Hz electrification on the Donakonda – Nandyal section of the Guntakal – Vijayawada route would be commissioned shortly.