Relieving bottlenecks around Marseille and Nice 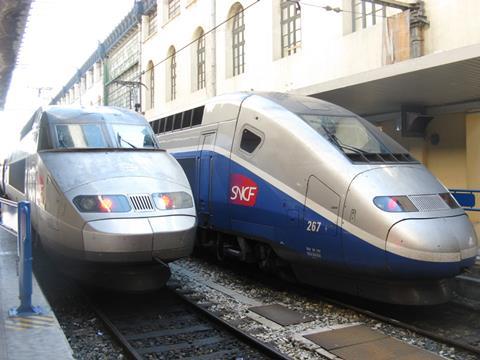 FRANCE: Transport Minister Frédéric Cuvillier announced last month that studies are to be taken forward for projects to increase capacity around Marseille and Nice. The government hopes that the projects will be approved as being of public utility in 2017.

With the emphasis now on upgrading the existing network rather than providing new high speed infrastructure, the first phase of a long-term programme to provide more rail capacity between Marseille, Toulon and Nice comprises works with an estimated cost of €6·7bn to be completed by 2030.

The €2·5bn package for Marseille would include a new through station with four platform faces some 30 m below the current Saint-Charles terminus, avoiding the need to reverse. Together with quadrupling the route between Marseille and Aubagne, this would provide capacity for 21 local and nine main line services per hour.

In the Nice area, a €4·2bn line further inland than the current coastal route would start at a junction with the Cannes – Grasse branch, and run east via a station serving Sophia-Antipolis to an interchange at Nice Airport on the existing line. This would enable a circular service to be operated, providing sufficient capacity for a total of 19 TER and six main line services/h.

The second phase of the programme in 2030-50 is estimated to cost €5·3bn to €7·8bn. This would include a new line between Aubagne and Toulon, and a second west from the Cannes – Grasse branch to a new interchange at Le Muy on the existing Toulon - Cannes route. Doubling between Toulon and Le Muy and capacity enhancement between Nice and Italy would follow under the third phase starting in 2050.