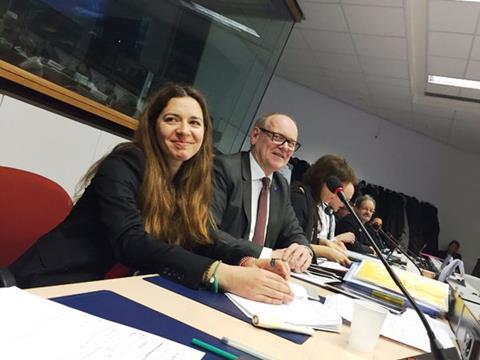 EUROPE: Meeting on February 10, the European Union’s Railway Interoperability & Safety Committee – bringing together representatives of the member states – voted unanimously in favour of the proposed recast of the Control Command & Signalling TSI.

Being enacted as a Commission Regulation, the Change Control Management Regulation enacts a number of revisions to TSI CCS, following 18 months of preparatory work by the European Railway Agency as the System Authority for ETCS.

The package includes the second Maintenance Release of ETCS Baseline 3 (Version 3.5.0) and Baseline 1 of the GSM-R specification. The text also paves the way for an improved ETCS testing and certification process, and aligns the various member states’ obligations to install ERTMS with the revised European Deployment Plan.

ETCS Baseline 3 Release 2 introduces a number of much-needed and long-awaited functions, including the use of GPRS for data communication. It also provides online Key Management to improve security. ERA points out that Release 2 will be ‘fully interoperable’ with the Release 1 specifications that are currently in force. Trains equipped with any version of Baseline 3 onboard equipment will also be backwards-compatible with existing Baseline 2 infrastructure using Version 2.3.0d.

GSM-R Baseline 1 introduces ‘in a compatible manner’ the GPRS packet switching needed to support the greater volumes of radio traffic needed to operate under ETCS Level 2 in busy nodes, as well as providing better resilience to interference from the growing deployment of 4G and other public cellular radio systems.

ERA said the RISC vote was a demonstration of the way in which the agency had applied its decision making ‘in a transparent and fact-based manner’, thanks to the support and ‘high-quality contributions’ of experts from many organisations across the rail sector. Executive Director Josef Doppelbauer also acknowledged the ‘excellent co-ordination with DG Move’, which had made it possible ‘to propose the regulation to RISC with a high priority path’.