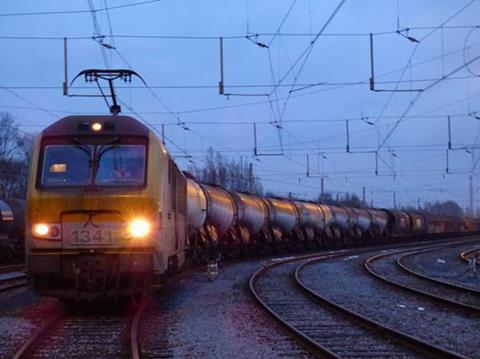 EUROPE: Belgian national freight operator SNCB Logistics has launched a fast single wagonload service between Antwerpen and Basel, which has reduced the transit time from seven to four and a half days. SBB Cargo provides feeder services in Switzerland.

The Swiss Xpress trains leave the Belgian port on Mondays, Wednesdays and Fridays and depart from Basel on Tuesdays, Thursdays and Saturdays, with fixed timetables and a limited number of stops and shunting moves.

‘Speed and reliability are what our industrial customers need’, according to Sam Bruynseels, Chief Commercial Officer at SNCB Logistics. ‘They want to know exactly when their goods will arrive at their destination. With the Swiss Xpress we offer our clients exactly that: a fast and direct connection for single wagonloads that runs following a clear timetable. Before, during and after the trip, we feed them with real time information. Our customer Imerys has been using the Swiss Xpress since its start in January. Imerys and other clients appreciate that the quality has been impeccable and that we deliver what we promised.’

SNCB Logistics CEO Geert Pauwels said the launch of the service was the culmination of a restructuring and efficiency programme which has seen financial results improve for five years in a row. The company reported its first operating profit in 2013 and a ‘significantly higher’ operating profit last year. ‘This has allowed us to shift our focus from transformation towards our customers, the market and product development’, said Pauwels. ‘Swiss Xpress is a first launch of a better, faster and smarter service offering. There is more to come in the following months.’