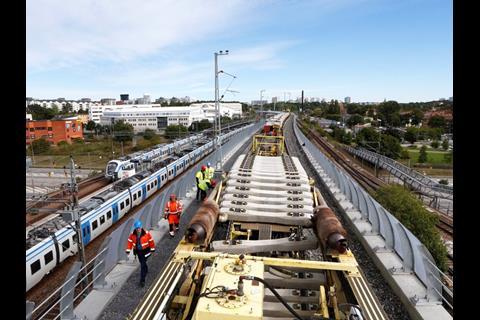 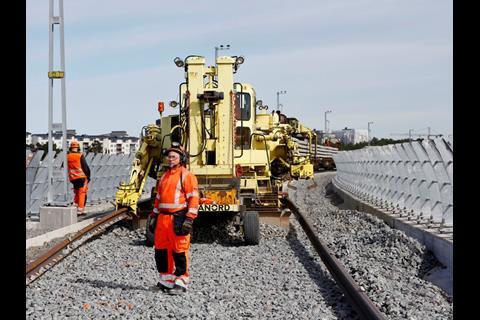 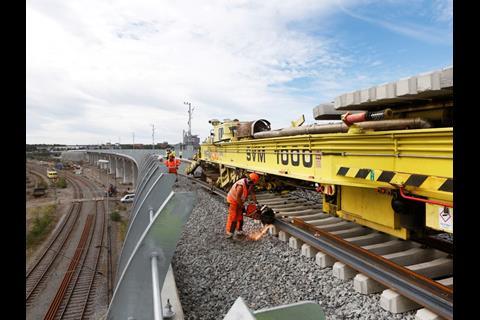 Tracks had already been laid through the 6 km cross-city tunnel, where test running is already underway. The final phase of the work began on August 30, when InfraNord’s SWM 1000 tracklaying train was used to install track on the 1·4 km Älvsjöbågen viaduct to the south of the city.

This single-track viaduct forms a key element in the four-tracking of the Southern Main Line between Stockholms Södra and the junction at Älvsjö. Construction began in 2011 and the main structure was completed in 2015.

Once commissioned, the single-track viaduct will route northbound long-distance, regional and freight trains above the suburban tracks to connect with the historic Årsta bridge, which carries the main line tracks leading to Stockholm Central. Meanwhile, commuter trains will pass under the flyover and then use the new Årsta bridge to reach the Citybanan cross-city tunnel, which is due to open for revenue service in mid-2017.