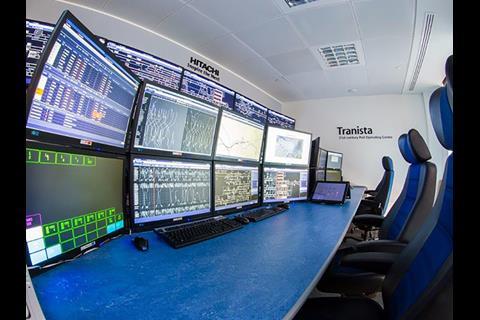 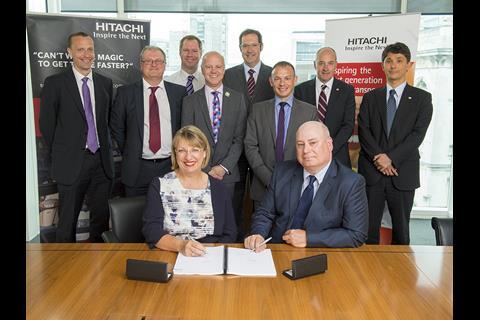 UK: The ability to plan and replan train movements in real time is at the heart of a contract for Traffic Management systems signed by Hitachi Rail Europe and Network Rail in London on July 27.

Valued at £24m, the contract covers the installation of Hitachi’s Tranista Traffic Management technology on the Thameslink corridor running north-south across London, which NR is upgrading under its £6·5bn Thameslink Programme.

Traffic Management is intended to smooth the flow of information between signalling centres and to feed customer information systems, ensuring that up to 24 trains/h can be handled at peak times through the route’s central core between St Pancras International and Blackfriars stations.

While NR is procuring signalling and train control equipment for the core from Siemens, which will install ETCS Level 2 overlaid with attended ATO, the Traffic Management layer is seen as crucial to ensuring that trains arrive at either end of the twin-track core punctually and in sequence. This requirement has ramifications for the radial routes which Thameslink trains will use either side of London from December 2018; these include parts of the busy East Coast, Midland and Brighton main lines.

The Traffic Management layer will interface with the ETCS Immediate Route Setting function in the core section, while also providing advisory messages to signallers controlling trains up to approximately 20 min travel time from central London. This is intended to give signallers greater visibility about traffic flow across a wider network, updated in real time as interventions are made by other signallers and station staff. The same information layer will also feed station displays to improve the quality of live running information provided to passengers.

The contract also covers a series of costed options which would see Traffic Management potentially installed at NR’s Rail Operating Centres in York and Three Bridges, giving enhanced communications and train planning functionality to the whole of the Brighton Main Line and key corridors across northern and eastern England, NR says.