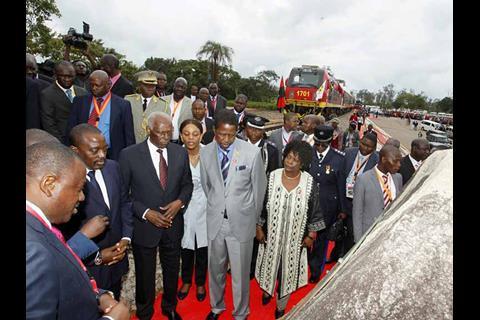 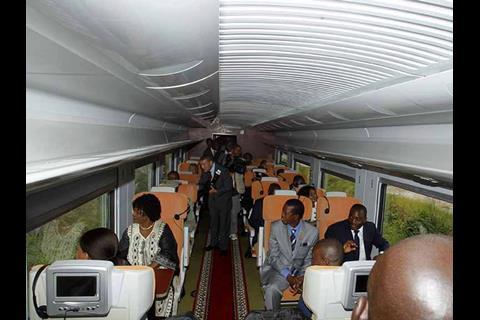 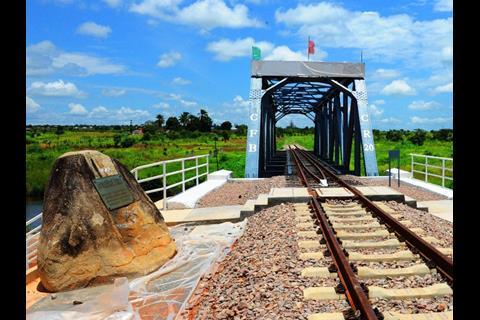 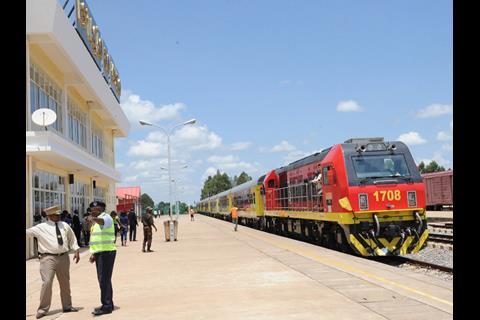 ANGOLA: The presidents of Angola, DR Congo and Zambia attended a ceremony in Luau on February 14 to officially mark the completion of a US$1·9bn Chinese-backed project to rehabilitate the 1 344 km Bengulea Railway between the port of Lobito and the DR Congo border. The presidents unveiled a plaque, rode a train for 12 km and planted trees.

Built under a 1902 concession agreement and opened in stages between 1908 and 1931, the 1 067 mm gauge Benguela Railway links the Atlantic port of Lobito with Luau and DR Congo border, with 67 stations. Operations were disrupted by civil war from 1975, and through traffic to DR Congo ceased in 1981. By the time the concession expired in 2001 the line had been wrecked by war and neglect, with only the 34 km between Benguela and Lobito still functioning.

Following the end of the conflict the government launched a rehabilitation project in 2002, initially using local resources. A deal was reached for China to back the project, and large qualities of Chinese material began arriving in 2006, enabling China Railway Construction Corp to reinstate the line in stages. A freight train reached the border with DR Congo in August 2013 and the project was completed in August 2014. However there were no regular passenger or freight services.

The rebuild has raised the maximum speed from around 30 km/h to 90 km/h, with a 30 h journey time from Lobito to Luau. All equipment was sourced from China and is to Chinese technical standards. Around 100 000 Angolans were employed during the reconstruction works, with 10 000 receiving specialist railway training.

A detailed article on the Benguela railway rehabilitation and plans to develop railways serving the Copperbelt region appeared in the July 2014 issue of Railway Gazette International, which subscribers can access in the digital archive.