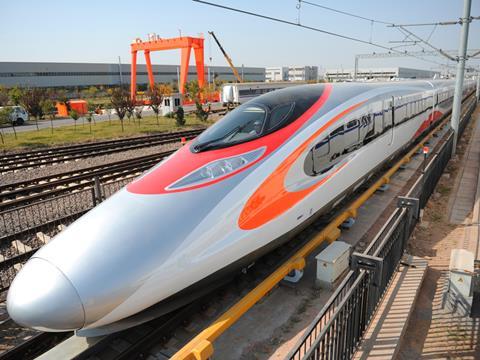 CHINA: The expected completion date for the 26 km Hong Kong section of the Hong Kong - Shenzhen - Guangzhou Express Rail Link has been put back to 2016 and the opening to 2017 as a result of unforeseen tunnelling difficulties, MTR Corp announced on April 15.

During a severe rainstorm on March 30 a section of partly completed tunnel connecting Tsat Sing Kong and Tai Kong Po was flooded after soil and debris blocked the surface drains. This damaged the tunnel boring machine, which now requires substantial repairs including replacement of its electronic components. Studies are now being undertaken to determine whether an alternative method should be used to complete the tunnel, and the construction programme is expected to be delayed by up to nine months.

There are two other locations of concern, according to MTR Corp. At the site of the West Kowloon Terminus the rock strata is higher than expected, requiring more time to excavate. Progress has also been hindered by boulders and uncharted utilities.

The second critical challenge involves complex geology at the cross-boundary section of the tunnels. This passes under protected wetlands and marble caverns are known to be present, so boring has to proceed with extreme care.

‘The Express Rail Link project is a very large undertaking and immensely complex’, said Projects Director TC Chew. ‘Since construction began, we have been presented with numerous challenges which have put pressure on our schedule. We have been very focused on catching up through fine-tuning designs and adjusting the construction works but this latest situation with the TBM makes it clear that completion of the project by 2015 is not achievable.’