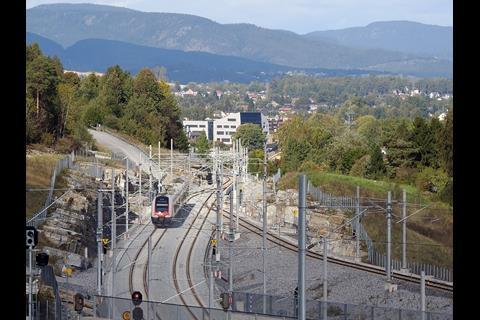 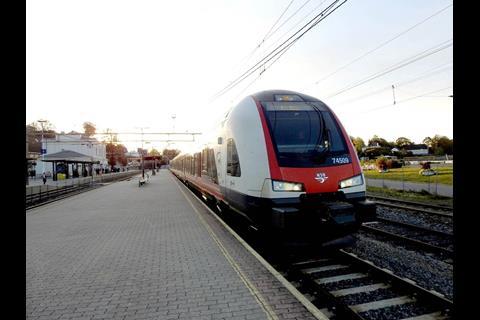 In use for revenue services since September 24, the 250 km/h double-track alignment replaces a sinuous section of single track following the shore of the Eikenesfjorden. It diverges from the original line at Farriseidet, 1·7 km west of Larvik, and broadly parallels the new E18 motorway on a more direct route towards Porsgrunn.

No less than 15·2 km of the new railway runs underground, including the 4·7 km Storberg, 3·8 km Nøklegård and 3·7 km Kleiver tunnels, as well as two shorter bores and 10 bridges. Construction of the double-track alignment began in September 2012 at an estimated cost of NKr6·1bn; the final cost at 2018 prices was NKr7·4bn.

The first train to use the cut-off was the 04.07 from Skien on September 24, which carried around 100 passengers, including the Mayor of Porsgrunn Robin Martin Kåss and several of his counterparts from other towns along the line.

Opening of the cut-off has reduced the running time between Larvik and Porsgrunn from 34 to 12 min, cutting the Oslo – Skien journey time from 2 h 39 min to 2 h 16 min. This will be further reduced to 2 h 12 min from the December timetable change.

In the longer term, the new line would connect at Porsgrunn with the proposed Grenlandsbanen, a 60 km link to the Sørlandsbanen at Skorstøl intended to shorten the distance by rail from Oslo to Kristiansand and Stavanger compared to the current inland route.