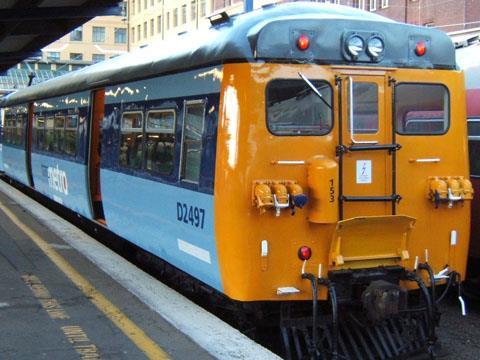 NEW ZEALAND: A package of infrastructure upgrades on Wellington's Tranz Metro suburban rail network and transfer of the train fleet from KiwiRail to Greater Wellington Regional Council was approved on July 5.

GWRC has assumed ownership of the stations (other than Wellington), stabling and depot facilities. It will pay access charges to KiwiRail, partly subsidised by New Zealand Transport Agency, reflecting the cost of infrastructure maintenance.

The council has also taken over KiwiRail's 44 two-car Ganz-Mavag EMUs, as well as the remaining English Electric EMUs which are due to be due to be replaced by the 48 Matangi two-car Hyundai Rotem/Mitsui units ordered by GWRC and now being delivered. The 30-year old Ganz-Mavag units are to be refurbished at a cost of NZ$80m with funding from NZTA, and a prototype modernised unit is currently undergoing trials on the Hutt and Kapiti lines.

Transferring ownership 'makes good sense, given our regional public transport responsibilities', said GWRC chair Fran Wilde. 'We have a proven record as a competent owner and manager of rail assets including the Wairarapa trains, the Matangi trains and Waterloo and Petone stations; this package allows us to continue the good work.'

KiwiRail retains ownership of track, 1·5 kV DC electrification and signalling assets, and will undertake a government-funded NZ$88·4m 'catch-up' signalling and electrification renewal programme. It will remain the train operator, although GWRC is seeking a 'more performance based contract in the longer term', and has 'the right to test the market in the future'.