InnoTrans is the largest railway industry exhibition in the world, held every two years.

When is the next InnoTrans trade fair?

The next InnoTrans event will take place from September 24 to 27 2024.

Where is InnoTrans held? 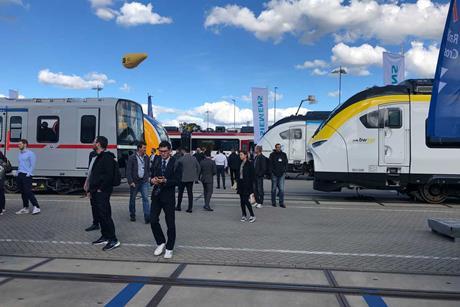 The global rail sector gathered in Berlin in September for InnoTrans for the first time in four years, in what the organisers termed ‘a spirit of optimism’. Our Executive Editor Nick Kingsley reflects on the week and the mood among the supply chain as the industry grapples with an era of macro-level instability. 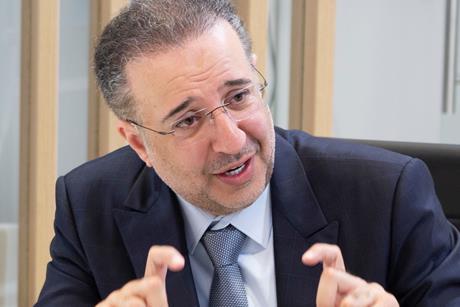 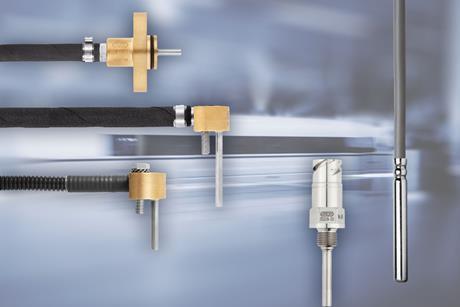 INNOTRANS: Fulda-based Jumo used September’s InnoTrans exhibition to highlight its range of air-conditioning sensors, probes and thermostats. These are designed to mitigate the effects of increasingly extreme weather in passenger vehicles. 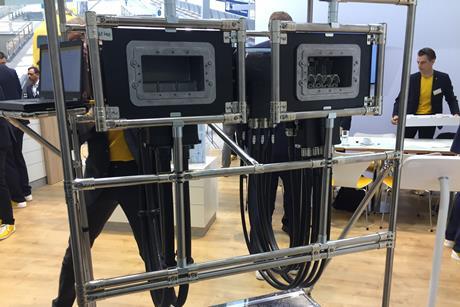 Weight saving and connectivity are key 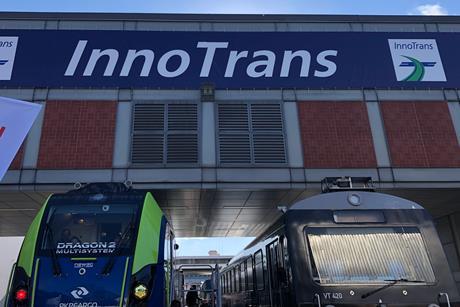 Are you exhibiting at InnoTrans?

INNOTRANS: As the only official international media partner for InnoTrans, Railway Gazette Group offers exhibitors the opportunity to promote their presence at the global rail industry’s leading event in print and digital formats.

AUSTRIA: Plasser & Theurer is to supply ÖBB Infrastruktur with a fleet of 56 modular maintenance vehicles with hybrid traction drives under the largest contract ever placed with the company. The order includes an option for another 46 vehicles.

SLOVAKIA: The readiness of the rail freight market to accept the use of non‑traditional materials in bogie production is being assessed in Tatravagónka’s Y25LsAL‑C-K bogie project, for which technical and economic feasibility studies are now underway.

World rail industry returns to InnoTrans in a spirit of optimism

INNOTRANS: The four days of the InnoTrans 2022 trade fair attracted 2 834 exhibitors from 56 countries and 137 394 visitors from 131 countries, organiser Messe Berlin reports. The number of first-time visitors was particularly high at 56%, and 57% of visitors were from outside Germany.

INTERNATIONAL: The Korea Railroad Research Institute and the UK’s Rail Safety & Standards Board signed a memorandum of understanding covering collaboration in railway safety research and development during InnoTrans.

INNOTRANS: The US Railway Supply Institute, the Canadian Association of Railway Suppliers and European supply industry association UNIFE have signed a Memorandum of Understanding aimed at strengthening future collaboration.

INTERNATIONAL: Monorails are ‘comparatively small, but dynamically growing’ section of the transport market worth more than €2bn/year, according to a study undertaken by consultancy SCI Verkehr for the International Monorail Association and presented at InnoTrans.

Progress being made towards Single European Railway Area, says ERA

Reflecting progress with its key roles of technical harmonisation and authorisation, the EU Agency for Railways has been reviewing its mission and setting out priorities for the coming years, as Executive Director Josef Doppelbauer explains to Nick Kingsley.

INTERNATIONAL: Siemens Mobility has signed a letter of intent for Ballard to supply 200 fuel cell modules over six years for use on Mireo Plus H multiple-units, including a firm commitment for 100.

FRANCE: SNCF Réseau has awarded Frauscher Sensor Technology a contract to develop, supply and maintain a new generation of axle-counter.

Rail innovation cluster launched by the University of Birmingham

UK: A BCRRE Rail Innovation Cluster to support businesses looking to deliver to deliver greater value and innovation into the rail supply sector has been announced by the University of Birmingham’s Centre for Railway Research & Education during InnoTrans.

GERMANY: Having decided to replace the diesel multiple-units currently used on non-electrified routes in the far north of Germany, the Land of Schleswig-Holstein called tenders for the supply of a fleet of zero-emission trains, leaving the choice of technology to bidders.

INNOTRANS: Hyundai Rotem is showing one the 123 Warsolino low-floor trams ordered for Warsazwa in what operator Tramwaje Warszawskie said was the largest tram contract ever signed in Poland.

‘Most modern and innovative tram in Germany’ unveiled

INNOTRANS: Launch customer HEAG Mobilo of Darmstadt has unveiled the first TINA tram, which Stadler has designed from scratch as its next generation of light rail vehicle.

INNOTRANS: Turkish manufacturer Bozankaya is showing one of its custom designed trams for Timișoara, the first trams to be built new for the Romanian city in 50 years.

INNOTRANS: On show in Berlin is a prototype four-wheeled intermodal wagon intended to improve the efficiency and competitiveness of rail freight.