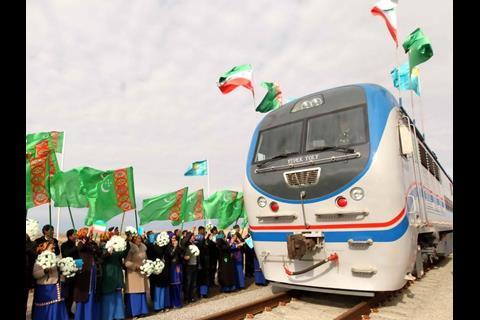 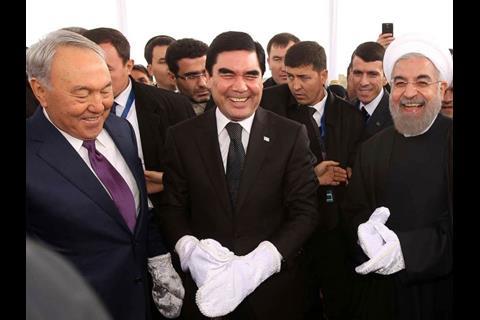 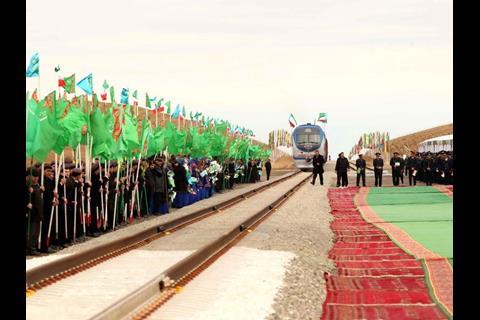 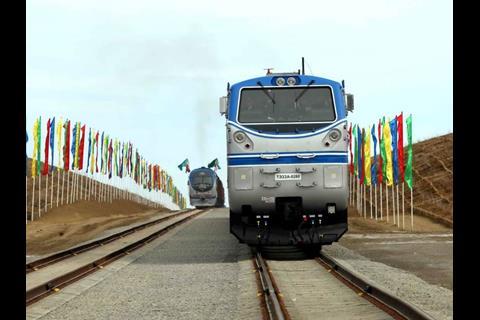 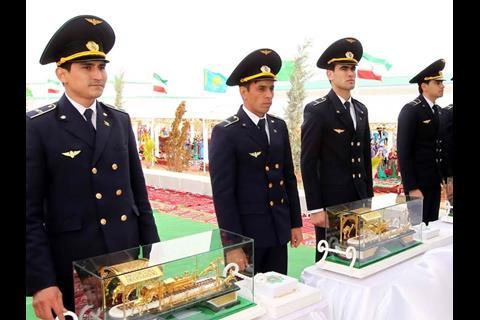 ASIA: The final link in the north-south railway corridor connecting Iran, Turkmenistan and Kazakhstan was officially inaugurated on December 3, in a ceremony attended by Turkmen President Gurbanguly Berdymukhammedov and his counterparts Hassan Rohani of Iran and Nursultan Nazarbaev of Kazakhstan.

The celebrations at Incheh Borun on the border between Turkmenistan and Iran marked the completion of the Turkmen section of the 925 km Uzen – Serhetyaka – Bereket – Etrek – Gorgan corridor, which includes 140 km in Kazakhstan and 85 km in Iran. Agreed in 2007 and under construction since 2009, the route opens up a direct rail connection between the three countries to the east of the Caspian Sea. Most of the route is 1 520 mm gauge, with a break of gauge at the Iranian border.

The northernmost 146 km cross-border section between Uzen and Serhetyaka in northern Turkmenistan was inaugurated in May 2013, along with the interchange between the north-south route and Turkmenistan’s east-west main line at Bereket. The short 1 435 mm gauge section from Gorgan to the Iranian border was completed later that month.

Around 600 km shorter than the more easterly route through Sarakhs, the new line is expected to carry transit traffic between Central Asia and the Persian Gulf, as well as oil and agricultural produce; large quantities of Kazakh grain are exported to Iran each year. According to Nazarbayev, completion of the line will boost rail traffic between the three countries from 3 million tonnes a year to 10 million, with the figure expected to reach 20 million tonnes by 2020. He pointed out that Kazakhstan had recently completed its new east-west corridor as well as a second crossing to China at Korgas, which offered further opportunities to develop transit traffic.

Describing the occasion as a ‘day of happiness’ for the region, Rouhani said the three countries ‘should make endeavours for further closer relations’ between themselves, to support ‘development, stability and security’.