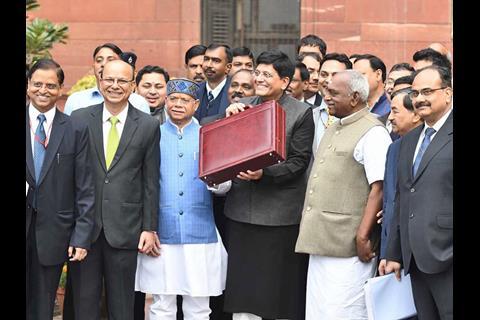 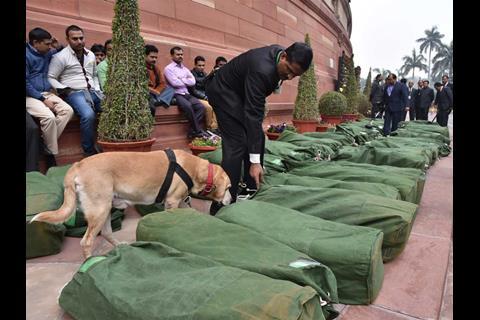 INDIA: With parliamentary elections due to be held in around three months, the national budget presented on February 1 offered little prospect of significant steps being taken to address the structural deficiencies afflicting the national railway, reports Raghu Dayal.

Presented by Railways Minister Piyush Goyal in the absence of Finance Minister Arun Jaitley, who is convalescing, the third combined budget since the abolition of the separate railway budget in 2016 provided more evidence of Indian Railways’ lacklustre performance.

Goyal reiterated the government’s commitment to developing infrastructure, citing the construction of an average of 27 km of new roads per day, and pointed to the country’s highest-ever sustained growth in air travel. But whereas the transport sector has been growing at 10% per annum, on the back of 7% economic growth, IR reported near-static carryings, reflecting a continuing decline in its market share for both freight and passenger traffic.

In terms of expenditure, IR’s wage bill this year is expected to top Rs858bn, up by Rs140bn year-on-year. Rs450m is to be spent recruiting 100 000 new employees during the next financial year. Yet there is no sign of IR launching a much-needed strategy to rationalise its myriad activities, disposing of non-core functions and streamlining the organisation to focus on rapid decision-making and better delivery of services.

The budget anticipates a 10% increase in gross traffic receipts next year, from Rs1 967bn in 2018-19 to Rs2 167bn in 2019-20, but working expenses are estimated to rise from Rs1 410bn to Rs1 550bn. It seems that IR has once again had to resort to window-dressing to register a positive operating ratio, reducing the capital appropriation for depreciation and reportedly booking advance revenues from National Thermal Power Corp for coal transport. Thanks to this, the operating ratio has improved from 98·4 in 2017-18 to an estimated 96·2, but that is still well below the original target of 92·8. IR is now expected achieve an operating ratio of 95 in 2019-20, which is not particularly healthy.

Capital expenditure next year is set at Rs1·58tr, up from Rs1·46tr this year and the highest-ever figure for the national railway. This includes Rs668bn of government support, up from Rs551bn in 2018-19, Rs452bn in 2016-17 and Rs418bn in 2015-16. The budget allocates Rs72·6bn for new line construction, Rs61·2bn for rolling stock and Rs22bn for gauge conversion. Another Rs17·5bn will be spent on signalling and telecoms, and Rs7bn for capacity enhancement. Development of passenger amenities has been allocated Rs34bn, an Rs10bn increase.

Hailing ‘the safest year in history’, Goyal announced that ‘all unmanned level crossings on the broad gauge network have been eliminated’, ridding the system of a major cause of accidents. Last year’s budget had allocated funding to eliminate 4 267 such crossings over two years, but the work had been completed within one.