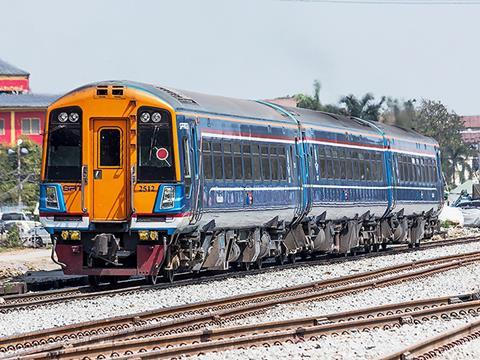 THAILAND: An operating model for the planned 872 route-km standard gauge north-south corridor was agreed at a meeting of Chinese and Thai officials in Bangkok on March 12.

Under the latest accord, China would run the new railway unilaterally for the first three years of operation. A Thai-led joint venture would then assume responsibility during a three-year transitional period; Thai national railway SRT would hold a 30% stake, private investors from Thailand a further 30%, and Chinese agencies the remainder. One potential stumbling block could be the rates of interest offered by China for loans to fund civil works. The financing arrangements are to be finalised at a summit in Kunming in May.

According to the preliminary details, Thailand will be responsible for the civil works, and Chinese companies for tunnel construction, track and signalling installation and supply of the rolling stock. The railway is intended for mixed-traffic operation, and maximum operating speed would be 180 km/h.

A full description of planned railway investment in Thailand will appear in the April 2015 issue of Railway Gazette International.