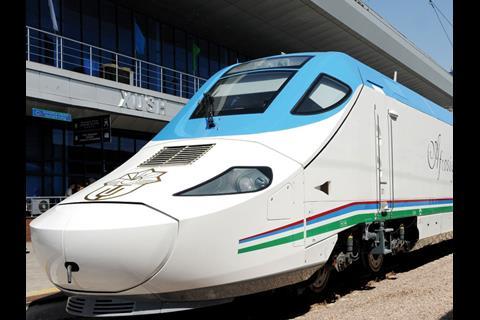 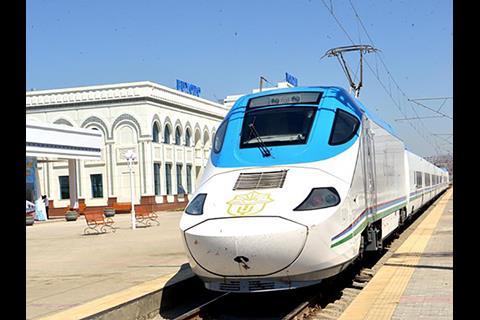 UZBEKISTAN: National railway UTY has finalised an order for a further two Talgo 250 trainsets for use from 2021 on Afrosiyob services between Toshkent, Samarkand, Qarshi, Bukhara and Khiva, along with four coaches to lengthen its original pair of Talgo 250 trainsets.

The €57m order announced by Talgo on May 30 is being financed by the Spanish government’s FIEM corporate internationalisation fund, as there will be high Spanish input to the project.

UTY placed its first €38m order for two Talgo 250 trainsets in November 2009. These have nine coaches and two power cars, and entered service on the upgraded 344 km Toshkent – Samarkand route in 2011.

In 2015 the railway awarded Talgo a €38m contract to supply two longer sets with 11 passenger vehicles as part of the project to electrify the 291 km Samarkand – Bukhara line. These entered service in 2017.

UTY’s Afrosiyob specification includes standard, business and VIP class coaches, along with a bar-buffet car. Localisation features include the ability to cope with a climate which sees temperatures varying between 40ºC in summer and -25ºC in winter.