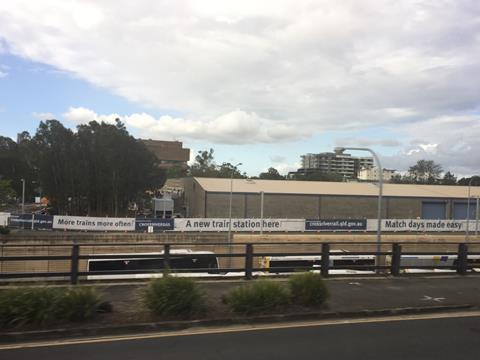 AUSTRALIA: The Queensland state government has shortlisted ‘a strong field of national and multinational companies’ to bid for the two main works packages to build and equip the A$5·4bn Cross River Rail link in Brisbane, Deputy Premier Jackie Trad announced on February 20.

The Cross River Rail Delivery Authority invited expressions of interest in September 2017 for the Tunnel, Stations & Development PPP concession and the Rail, Integration & Systems alliance, following an industry briefing event the previous month. Bids were due in November.

The shortlisted companies ‘will now be required to prepare detailed bids that demonstrate innovation and offer Queenslanders the highest possible value for money’, Trad explained. The final selection process is expected to take between 12 and 18 months, with the contracts awarded during 2019. This would see the project completed by 2024.

Describing Cross River Rail as ‘Queensland’s highest priority infrastructure project’, Trad said it was ‘a transformational project that will unlock the bottleneck at the core of our transport network and increase its capacity to deliver “turn-up-and-go” public transport’. It is expected to generate 7 700 jobs during construction and stimulate economic development opportunities across South East Queensland.