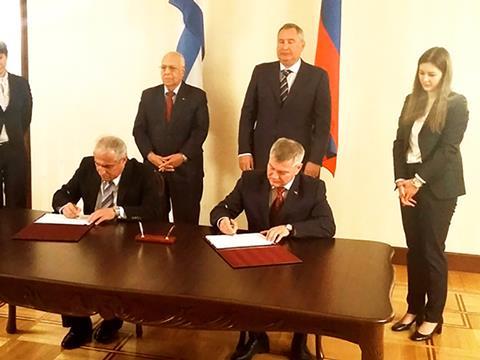 CUBA: An agreement for the rehabilitation and upgrading of the rail network was signed by national railway Unión Ferrocarriles de Cuba and Russian Railways subsidiary RZD International on September 21, during a meeting in Moscow of the Russian-Cuban Intergovernmental Commission for Economic, Commercial, Scientific & Technological Co-operation.

The document sets out the main conditions of a planned €1·9bn contract, which the two parties expect to sign by the end of the year once the details have been finalised.