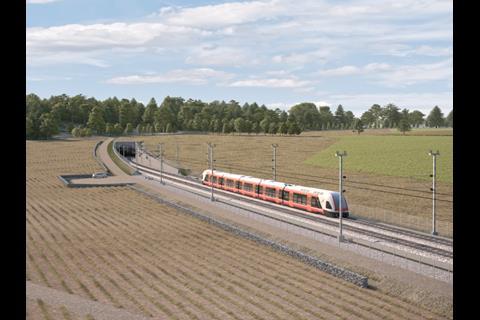 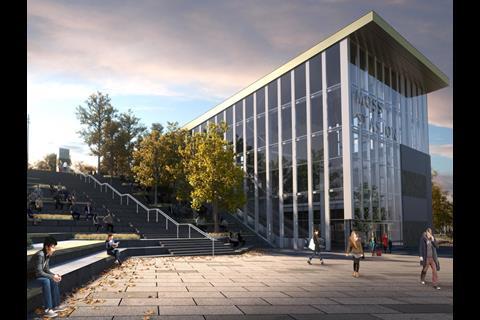 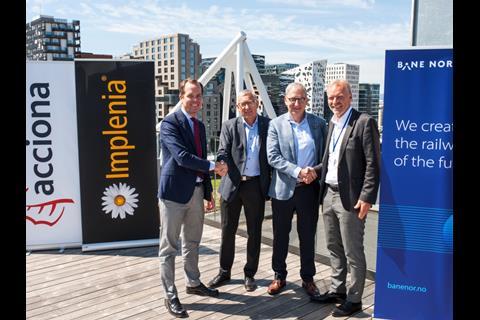 NORWAY: Infrastructure manager Bane NOR has selected a consortium of Implenia Norge and Acciona Construcción to rebuild a key section of the busy Østfold Line through the town of Moss, at a cost of NKr6·3bn.

Under a contract signed on June 28, the MossIAANS joint venture will build a 10·3 km section of double-track line from Sandbukta to Såstad, replacing the existing sinuous single track alignment. The new route will include two tunnels of 2 700 m and 2 300 m and a new Moss station with 800 m long platforms. Construction is expected to start in October for completion by December 2024.

The project is the fourth stage in the upgrading of the 136 km Østfold Line, which carries inter-city services southeast from Oslo and international trains to and from Göteborg.

The 36 km section between Ski and Moss was double-tracked and realigned for 200 km/h operation in the 1990s, but the upgrading finished at Sandbukta, 1·5 km north of Moss, as no agreement could be reached over remodelling the line through the town. Further south, a 7 km section of double track was opened in June 2000 from Såstad through Rygge, at a cost of NKr500m. As well as reducing journey times between Moss and Fredrikstad by 7 min, this project eliminated 21 level crossings.

Work is currently nearing completion on the 22 km Follo Line, which will provide an additional pair of 250 km/h tracks between Oslo and Ski from December 2021. Construction of the new alignment through Moss will close the gap between Sandbukta and Såstad, completing a fast double track route stretching for more than 70 km from the capital.

‘The extensive and complex work of creating railway for the future and providing a far better train service for passengers and freight in eastern Norway continues with undiminished strength’, said Bane NOR Development Director Einar Kilde. ‘This is the latest in several important contracts we have signed this year, reinforcing the government’s strong commitment to railway investment.’