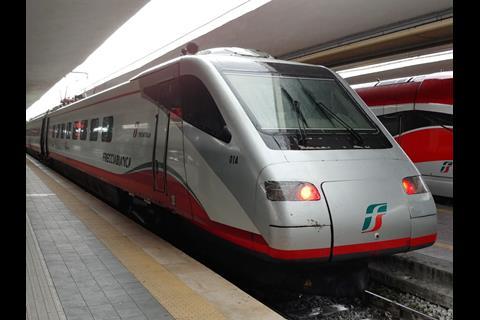 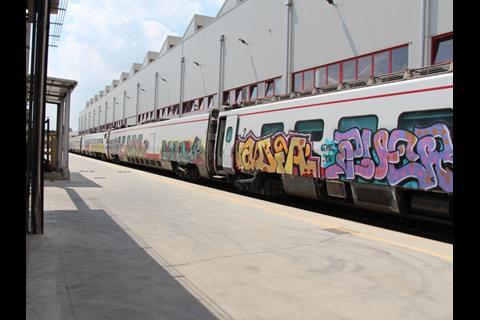 The first of five ETR470 Pendolino units formerly used on international services between Italy and Switzerland has been delivered to Trenitalia’s high speed train workshop in Vicenza for conversion to operate in Greece.

Nine nine-car ETR470 trainsets were built by Fiat Ferroviaria in 1993-97 for operation on 3 kV DC and 15 kV 16·7 Hz electrification. Following the break-up of the Cisalpino joint venture, four units passed to Swiss Federal Railways, of which three have since been scrapped. The remaining five were briefly used by Trenitalia to operate Frecciabianca services on the Italian domestic network, where they were limited to the 3 kV DC routes.

To fit the units for operation in Greece, the existing 3 kV DC equipment is to be replaced by a 25 kV 50 Hz traction package. The trains will also be fitted with ETCS onboard equipment, as the Athens – Thessaloniki line uses ETCS Level 1 to provide automatic train protection.

Following the completion of upgrading and electrification work on the 502 km Athens – Thessaloniki corridor, the fastest journey times between the two cities were cut from 5 h to around 4 h from May 20. FS Group hopes that the introduction of tilting trains will allow a further cut to 3 h 20 min.