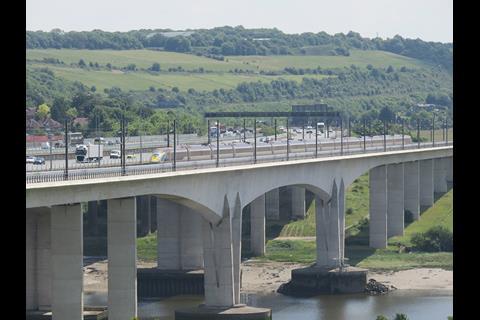 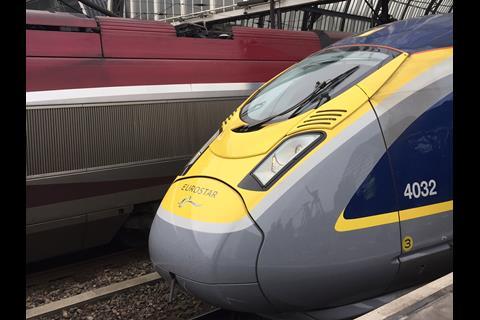 EUROPE: The introduction of direct London – Amsterdam trains and a strong increase in business travel contributed to record Eurostar ridership during 2018, the operator announced on March 5.

Reporting its annual results, the cross-Channel high speed operator said 11 million passengers had used its international services during the year, a 7% increase on the 10·3 million carried in 2017 and ‘the highest ever number of travellers in a single year’. This had been ‘underpinned by a buoyant business travel market, strong US traveller numbers and the launch of Eurostar’s new service between London and Amsterdam’.

A 12% year-on-year increase in business passengers saw improved yields, with Eurostar reporting total sales revenues of £989m, up 12% from £880m in 2017. This has enabled the company to report a preliminary unaudited operating profit of £96·6m for the year.

According to Eurostar, the growth in business travel was ‘testament to the enduring popularity of the Business Premier service’ including its ‘sustainable menu options on board in partnership with Michelin-starred chef Raymond Blanc’. Meanwhile, the number of US travellers using Eurostar services grew by 9% year-on-year, as more visitors were able to ‘enjoy the ease, speed and convenience of the high-speed rail link between Europe’s most iconic capital cities’.

Leisure traffic was boosted by the launch in April 2018 of the direct service between London, Rotterdam and Amsterdam, which attracted more than 250 000 passengers in the first nine months of operation. A third daily service is to be introduced in June, and Eurostar has ‘committed to introducing additional services as soon as the governments have put border controls in place for the Amsterdam - London leg’.

With Eurostar marking its 25th anniversary in November, the company estimates that it has now carried more than 190 million passengers since services began in 1994. Chief Executive Mike Cooper said ‘over the last 25 years Eurostar has led the way in cross-Channel travel, cementing the links between the UK and mainland Europe. The popularity of our new service between London and Amsterdam shows the growing appetite among customers for international high-speed rail travel and a sustainable alternative to the airlines.’