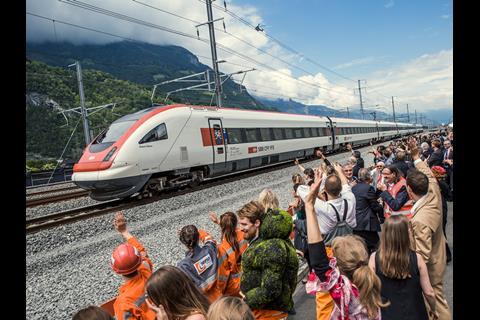 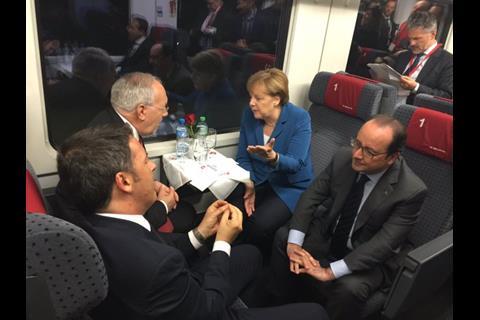 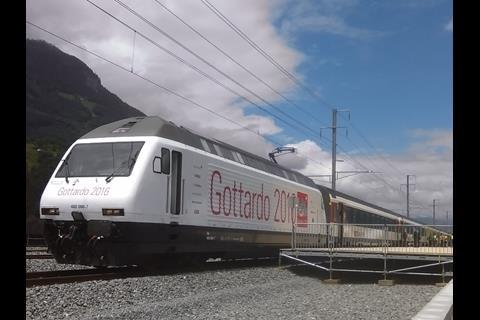 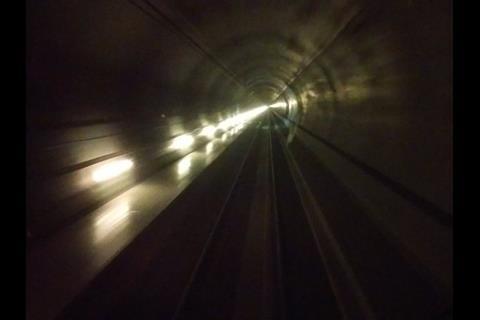 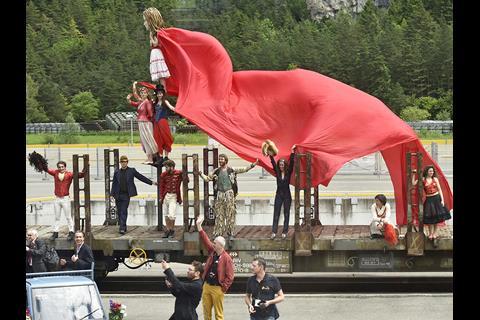 SWITZERLAND: Simultaneous ceremonies in Rynächt and Pollegio marked the opening of the 57 km Gotthard Base Tunnel on June 1.

Switzerland’s entire Federal Council (Bundesrat) was present, as were heads of state and government from neighbouring countries and transport ministers from countries along the Rotterdam – Genova freight corridor. President of the Swiss Confederation Johann Schneider-Ammann presided at Rynächt and Transport Minister Doris Leuthard took the stage in Pollegio.

Around 1 100 guests and 300 media representatives had been invited to the festive events, during which the two opening trains traversed the twin-bore tunnel. Carrying 1 000 ‘representatives of the Swiss population’, the pair of specials passed in the tunnel, the southbound train travelling from Arth-Goldau to Bellinzona and the northbound service running from Bellinzona to Luzern.

After the formal ceremonies, guests at Rynächt travelled through the tunnel to join the celebrations at Pollegio, and at 14.30 the tunnel was formally handed to the operator, Swiss Federal Railways. Contractor AlpTransit Gotthard AG had passed the tunnel to its client, the Swiss government, at midnight on May 31.

On May 31 SBB had organised a meeting of railway CEOs in Lugano, during which a joint declaration on cross-border collaboration was issued. Transport Ministers of the Alpine countries and the EU also met as part of the Zürich Process, which monitors transit traffic and tunnel safety in the Alpine countries.

The first official freight train through the Gotthard Base Tunnel is due to depart Flüelen on the morning of June 3. Over the following weekend, on June 4-5, a series of public events will further commemorate the Base Tunnel opening.