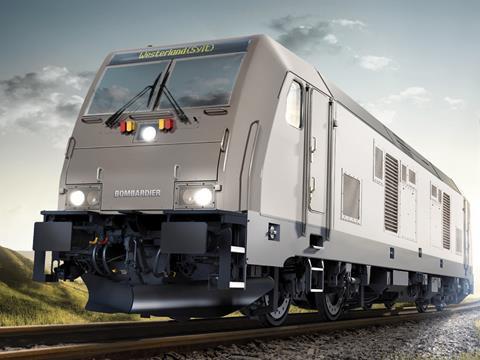 GERMANY: Special-purpose joint venture Paribus-DIF-Netz-West-Lokomotiven has become the first private-sector customer for Bombardier's Traxx Diesel Multi-Engine locomotive, with an order for 15 of the four-engine locos announced on March 19.

Bombardier said the value of the Traxx ME order 'based on the list price' is €60m. Delivery is scheduled for 2015, and there is an option for up to five more locos. In parallel, Paribus-DIF-Netz-West-Waggon has awarded Bombardier a €5m contract to adapt control electronics in push-pull driving cars.

The locomotives are to be produced at Bombardier's Kassel plant, with bodyshells from Wrocław, bogies from Siegen and traction and control equipment from Mannheim and Hennigsdorf.