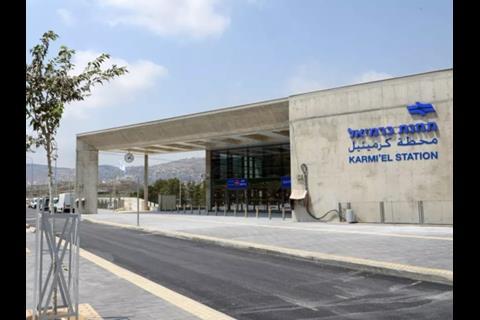 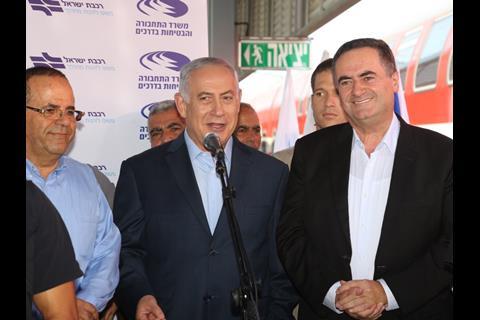 ISRAEL: Regular passenger trains began running to the Galilean city of Karmi'el on September 20, with the start of revenue operation on ISR’s 23 km ’Akko – Karmi’el branch. The double-track branch diverges from the Haifa – Nahariyya line between ’Akko and Kiryat Motzkin.

Built by Israel Roads Ltd at a cost of US$785m, the line had been officially inaugurated by Prime Minister Benjamin Netanyahu, Transport Minister Israel Katz and ISR General Manager Shahar Ayalon on September 5.

Described by IRL General Manager Nissim Peretz as a complex engineering project, the branch required the boring of a 4·7 km twin-bore tunnel under Mount Gilon. This is designed to accommodate 25 kV 50 Hz overhead wires in future as part of the national electrification programme. There is one intermediate station at Ahihud, which has parking for 230 cars; a further 700 spaces are provided at Karmi’el.

ISR’s initial timetable provides 26 trains in each direction per day on the branch, running from 05.30 to 00.00. Of these, 18 trains each way run to or from Haifa Hof-ha-Carmel offering a journey time of 34 min for the 46 km between Karmi’el and Haifa Central at an average speed of 81 km/h. Additional trains operate at peak times to give 2 trains/h on the branch. These run through to or from Tel Aviv and Be’er-Sheva, covering the 137 km from Karmi’el to Tel Aviv Savidor in 90 min. There are seven through trains in the morning and eight in the afternoon.

In conjunction with the start of regular operations on the new line, ISR introduced a revised national timetable on September 20, ahead of the Jewish New Year celebrations. This provides additional services on several routes, including the lines to Be’er-Sheva and Ashquelon. The Herzliyya – Tel Aviv – Jerusalem Malkha service has been split at Beit Shemesh, allowing the Flexliner IC3 DMUs to be replaced by double-deck push-pull sets providing additional capacity on the busier northern section. Services on the 60 km Valley line will begin calling at the new Haifa Hamifratz Central station when it opens in 2018.